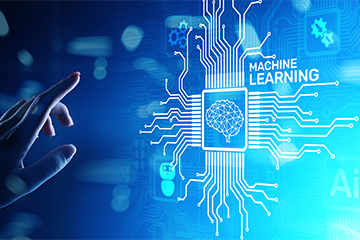 Data, quality and trial management top the list of ways the industry is using artificial intelligence (AI) and machine learning (ML), according to a new survey of the technologies’ impact on clinical trials.

Nearly two-thirds of respondents to a survey of sites, sponsors and CROs indicated they had some level of experience and understanding of how AI and ML can be used in clinical trials, and 83 percent said they are already using the technologies in some form.

According to the survey conducted by WCG CenterWatch and sponsored by Oracle Health Services, 16 percent (143) of the respondents familiar with AI/ML said they were using it for data collection, while 11 percent were using the concepts for statistics. Trial management (10 percent), quality management (10 percent), site management (9 percent) and safety reporting (9 percent) were other reported uses. Central and local testing came in at the bottom of the list at 7 percent, tied with regulatory/IRB or independent ethics committee approvals. Other responses included patient identification and research on predictive analytics.

Thalund told CenterWatch Weekly that the use of ML can be divided into two groups: pattern finding and outcome prediction. He said that in clinical trials, ML can identify patterns of specific safety events, helping to boost the treatment’s safety profile. In outcome prediction, Thalund said ML can replace human data processing to address data queries and predict a resolution.

When asked what the most important prerequisites were for making AI/ML a reality, 23 percent of survey respondents said quality data, just ahead of availability of staff with technical knowledge (22 percent). Real-time data and large datasets were also identified as top prerequisites, at 16 percent and 14 percent, respectively.

A lack of knowledge (21 percent) was identified as the top impediment to adoption of AI/ML solutions, followed by funding (18 percent), changes to procedures and systems (17 percent), unclear regulatory acceptance (16 percent) and change in management (14 percent). Respondents with a business and technical understanding of AI/ML identified lack of knowledge as the biggest challenge, while those with just a technical understanding said changes to procedures and systems (20 percent) was their top concern; unclear regulatory acceptance was second for that group at 18 percent.

In-house initiatives were identified by 39 percent of survey respondents as the method by which they plan to implement AI/ML capabilities, followed by strategic partnerships (26 percent), vendor projects (14 percent) and industry collaborations (13 percent). Forty-four percent of respondents with technical understanding of AI/ML said in-house initiatives were the implementation method of choice, placing strategic partnerships second on the list at 28 percent.

All survey respondents — including those who said they had “no knowledge” of AI/ML (41 percent), were also asked to identify the most positive and negative impacts the technologies would have on clinical trials. Faster site activation was identified as the top positive impact by 40 percent of respondents, followed by reduced risk (32 percent), more patients (25 percent) and more patient engagement (19 percent). On the negative side, 57 percent of respondents fretted about increased system complexities, followed by higher costs at 15 percent.

“Frankly, I think all these aspects are possible in terms of top benefits, it just depends on what you’re optimizing for and the data you have to optimize,” Rohit Nambisan, president of ML solutions company Lokavant, told attendees at a webinar on AI/ML in clinical trials last week. “Generally, our field has been a little slow in terms of aggregating data” needed to apply ML to these particular areas, Nambisan said. “It’s not surprising to me that increased speed is the area that many respondents are putting as the top choice.”

Artem Andrianov, CEO of risk-based management company Cyntegrity, said an increase in clinical trial speed gained from AI/ML solutions was the topic of a recent discussion with one large pharma company. He said the concepts were not an exception to the rule about “going slow before you can go fast.”

“What is very commonly forgotten is that the level of adoption [of ML] will not come on its own — there’s a huge change management aspect which needs to be incorporated in planning before it starts working,” Andrianov said. Implementing AI/ML starts with addressing change management, education and involvement. “Increased speed only works when slowing down before,” he said.

Sponsors should be “willing to embrace what might be front-loaded complexity” in setting up AI/ML processes, said A.J. Triano, executive vice president for customer experience strategy at Syneos Health; the speed benefit would come later. Triano added that while there is plenty of debate over whether data volume, variety or velocity, or even structured or unstructured data, is the most important aspect for sponsors to tackle, he believes staffing will be the next issue to emerge when implementing AI/ML.

“There are so many companies that either tried to hire the expert company or the expert person,” Triano said. “You cannot implement this on the back of a single person. This is about a cross-functional team understanding what AI means to the business and how it gets used. Then it’s about providing empowerment to [the business] to know that they are providing an adjudication role, providing feedback into the system to refine it.”

Marcy Kravet, head of the Operational Design Center at EMD Serono, said sponsors are very adept at collecting and structuring data, particularly around the milestones of a clinical trial, which they use to gain a better understanding of trial timelines and the duration of different processes. “That’s the data that is well-structured right now from a clinical operations perspective, so that’s where the initial use case for speed is,” she said. “What’s really promising is that once that’s implemented and people see the value of [AI/ML], they’re going to pivot to the quality piece. The challenge with the quality is the datasets we have to work with.”

Kravet said she thinks most organizations will ultimately choose to combine their in-house efforts with either a vendor or a strategic partner, much like EMD Serono, an affiliate of Merck, has done. “We had some capabilities in-house,” she says, “yet we felt there were still gaps, so instead of spending the time and energy, we found a strategic partner where we could collaborate on our ML projects. I think there are going to be very few organizations that can do this completely internally.”

Andrianov agreed, adding that the challenge wasn’t the technology itself — there are off-the-shelf options available — but rather the quality of the data being entered to teach AI/ML systems. “One to three or even 30 studies aren’t enough for providing reliable output,” he said. “We need to speak about hundreds of studies, and there are few companies worldwide that have hundreds of studies in their portfolio. Collaboration is the only one solution for that, in my mind.”

Nambisan said one downside to utilizing AI/ML in clinical trials is that it can make things very complicated. “Our industry wants solutions, they don’t want more problems,” he said. “The question is how to leverage ML to the extent that it can drive action to users that are nontechnical in nature. It needs to be something that nontechnical users can understand what the action to take is, and have that action be a closed loop back with the [AI/ML] model itself so we can learn from each interaction.”