Home » Ask the Experts: Complying with IRB Requirements and Other Issues

Ask the Experts: Complying with IRB Requirements and Other Issues 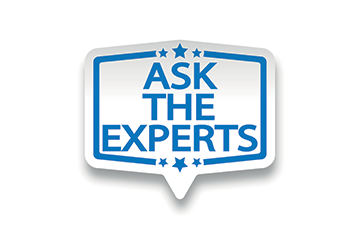 Answer: The FDA requires reporting of only those investigational new drug (IND) safety reports that prompt a change to the protocol or consent document. Agency guidance states:

“In general, an [adverse event (AE)] observed during the conduct of a study should be considered an unanticipated problem involving risk to human subjects and reported to the IRB only if it were unexpected, serious and would have implications for the conduct of the study (e.g., requiring a significant and usually safety-related change in the protocol, such as revising inclusion/exclusion criteria or including a new monitoring requirement, informed consent or investigator’s brochure).”

Some IRBs require postmarketing reports when a new risk is discovered even if it occurs in a study overseen by a different IRB. For example, a SUSAR from one study with drug X could indicate an unanticipated risk to subjects for all studies with drug X regardless of the IRB involved. While in practicality, SUSARs are usually not reportable in and of themselves, the information that the sponsor is analyzing from the accumulation of information from them could be.

Findings from a closed study should also be reported when the findings materially affect the safety and medical care of past patients. Findings should be reported for up to two years after the closure of the study. — Currien MacDonald, WCG IRB chair

Q: Should a “one-off” major protocol deviation be reported to the IRB? I have a site that did not report a serious adverse event (SAE) within 24 hours, but this did not put the patient at risk of harm. Should this be reported by the site to the IRB? — Clinical research associate, pharmaceutical company

A: FDA guidance requires reporting of adverse events only when the event or IND safety report requires a change to the protocol or consent document. Reporting requirements may vary across IRBs, but generally, a protocol deviation should be reported if it harmed a subject or placed a subject at risk of harm or it was made without prior IRB approval to eliminate an immediate hazard to a subject.

Based on the information provided, neither the SAE nor the deviation from the sponsor’s reporting requirements needs to be reported to the IRB.

Your example was a “one-off,” but a series of such delays or a general pattern of lack of attention to adverse event reporting to the sponsor may indicate an issue that places subjects at risk of harm requiring prompt reporting to the IRB. A short delay of reporting a nonresearch-related SAE to the sponsor is different than a long delay of reporting an SAE related to the research and indicative of potential risks for other subjects. — Currien MacDonald, WCG IRB chair

A: The American Medical Association’s Code of Medical Ethics considers offering or accepting payment for referring patients to research studies, sometimes referred to as a “finder’s fee,” to be unethical. Some states have laws that ban such practices. However, it is acceptable to reimburse for activities directly related to performance of the research and at a rate not exceeding the fair-market value for the level of activity performed. These kinds of activities might include chart review to find eligible subjects. — David Forster, WCG chief compliance officer

Q: What is the IRB’s role in making the nonsignificant risk device determination? Does the IRB review a sponsor’s determination prior to initiation of the study? If so, what information does the sponsor need to submit to the IRB? — Researcher, medical device company

A: Clinical trials of significant-risk (SR) medical devices require submission of an investigational device exemption (IDE) application to the FDA for approval before beginning your study. Certain devices are deemed nonsignificant-risk (NSR) by the FDA and do not require an IDE submission prior to enrolling subjects in the study. FDA guidance includes an extensive list of examples that is useful in guiding SR and NSR decisions.

The IRB is required to review “the description of the device, reports of prior investigations conducted with the device, the proposed investigational plan and subject selection criteria,” along with the sponsor’s rationale for making its SR/NSR determination. — Yvonne Higgins, WCG IRB quality assurance adviser