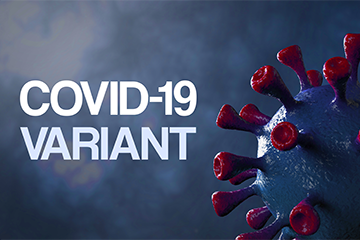 Faced with evolving variants of the SARS-CoV-2 virus, COVID-19 vaccine-makers are considering tweaks to their current products that would call for only small safety-focused trials rather than entirely new phase 3 trials, and the FDA has signaled its approval of that approach.

The FDA says it is developing a streamlined process for authorizing COVID-19 vaccines that were modified to address significant new variants to the coronavirus, enabling the agency to react quickly to highly contagious viral strains observed in the UK, South Africa and Brazil.

Virus experts predict the current crop of vaccines will ultimately prove effective against the variants and say the time, logistics and expense of conducting full-scale phase 3 trials are prohibitive.

It would be nearly impossible to conduct a large-scale phase 3 trial of any variant today, says Yixuan Hou, an epidemiology researcher at the University of North Carolina at Chapel Hill. He added that it was hard to predict whether a larger scope of trials targeting variants would occur in the future.

The FDA’s position is that the agency will not require phase 3 trials of current vaccines targeting COVID-19 if the shots can be reworked to also protect against the new variants. Peter Marks, director of the agency’s Center for Biologics Evaluation and Research (CBER), said the FDA would only request that small-size trials be conducted to confirm the reworked vaccines still generate an immune response. Considering the speed with which the variants have been spreading worldwide, Marks told the American Medical Association last week that CBER intends to be “pretty nimble” with requests for new trials.

The FDA plans to release new guidance in the next few weeks on what data the agency will require when existing vaccines are modified to address the variants, Acting Commissioner Janet Woodcock said Thursday. Woodcock stressed that vaccines currently being used under FDA Emergency Use Authorization are effective against the known variants, although their efficacy rate may be lower.

Meanwhile, Moderna said it plans to launch a phase 1 trial in the U.S. to determine whether a booster to its two-shot vaccine candidate would provide additional protection against the South African strain. The company said it isn’t planning to develop a booster for the UK variant because the original vaccine showed greater efficacy against the viral strain in a study conducted with the National Institutes of Health (NIH).

Other sponsors are also lining up to form partnerships to fight the variants. GlaxoSmithKline and CureVac announced a $180 million deal Wednesday to jointly develop a new generation of mRNA vaccines that would target SARS-CoV-2 and “multiple emerging variants” in a single shot. The companies said they anticipate a 2022 rollout, subject to regulatory approval. And on Friday, CureVac said it was partnering with a UK government task force to develop variant-resistant vaccines, and the UK government pledged to expedite any needed trials for approval.

BioNTech CEO U?ur ?ahin stated in December that the Pfizer/BioNTech vaccine could be updated in approximately six weeks, but the modified vaccines would still need to be manufactured in large quantities and distributed. At the same time, AstraZeneca conceded that mRNA shots like Pfizer/BioNTech’s and Moderna’s would probably have a four- to six-week headstart in rolling out any reworked vaccines.