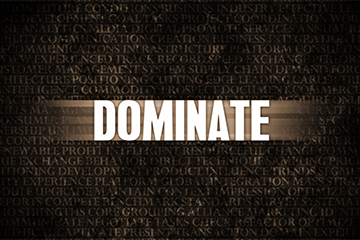 COVID-19, oncology, central nervous system (CNS) and infectious diseases will be the top therapeutic areas studied in trials this year.

In its annual State of the Biopharmaceutical Industry survey, market research firm GlobalData said oncology trials are expected to total about 734 in 2021, followed by CNS (482) and infectious diseases (342), according to the survey. Nearly 200 trials are planned for cardiovascular therapies.

“COVID-19 has demonstrated that new paths can be explored when it comes to drug development and time to market,” an executive based in North America told GlobalData for the survey. “The industry will be impacted in general based on these possibilities [not new but now more evident and proven].” The survey, conducted from Nov. 17 to Dec. 11, had 198 respondents, 89 of whom were from North America.

About 150 trials targeting COVID-19 are planned for launch in 2021, followed by pain with about 140. Other therapy areas noted by the survey were gastrointestinal, metabolic disorders, immunology, respiratory, musculoskeletal disorders and ophthalmology. Breast cancer, solid tumor, nonsmall-cell lung cancer, colorectal cancer, ovarian cancer, prostate cancer, melanoma and pancreatic cancer were the other top indications for planned trials launching in 2021.

About 62 percent of the planned trials will be industry-sponsored, with Novartis and its 32 planned trials leading the way and Takeda a distant second at 16 trials. Other top sponsors noted by the survey were Pfizer and Daiichi Sankyo, both of which plan to launch 15 trials in 2021, followed by Sanofi (13), Merck (12), Shionogi, Regeneron and F. Hoffmann-La Roche (Roche) (10 each) and Alexion (9).

The survey found that, among trials with a reported location, about 35 percent of planned trials in 2021 will be conducted in the U.S., far ahead of China, which was second on the list. Australia, France, Japan, Canada, the UK, India, Germany, Italy and Spain were the other top countries noted by the survey.

Expectations of a recovering trial industry are high. “Companies, regulators and clinicians will need to rapidly adjust expectations of clinical trials to overcome the delays and subsequent ripple effects from 2020,” said a European executive who responded to the survey.

In terms of trial completions, GlobalData estimates that the majority (45.8 percent) will be phase 2. “Out of these, the greatest proportion are ongoing, recruiting trials (60.9 percent) followed by planned trials (25.5%),” GlobalData said. “Many of these planned trials will likely update or change their projected start and end date before they initiate.”

Among the top 10 sponsors, Pfizer, Shionogi and Takeda each plan to launch six phase 1 trials in 2021, followed by Daiichi Sankyo (5), Merck (2), and Alexion, Novartis, Regeneron and Roche (1 each).

Novartis widely leads all others in planned phase 2 trials with 13 to launch in 2021, followed by Alexion (6), Daiichi Sankyo, Pfizer and Takeda (5 each), Sanofi (4), Regeneron and Shionogi (3 each), and Merck and Roche (2 each).

Novartis also leads significantly in planned phase 3 trials with 16, followed by Merck (8), Roche (7), Regeneron and Sanofi (6 each), Daiichi Sankyo and Takeda (5 each), Pfizer (3), Alexion (2) and Shionogi (1). Sanofi has no phase 1 trials planned for launch in 2021, but it has three phase 4 trials planned.

Novartis and Pfizer are the only other top sponsors planning to start phase 4 trials, with two and one, respectively. 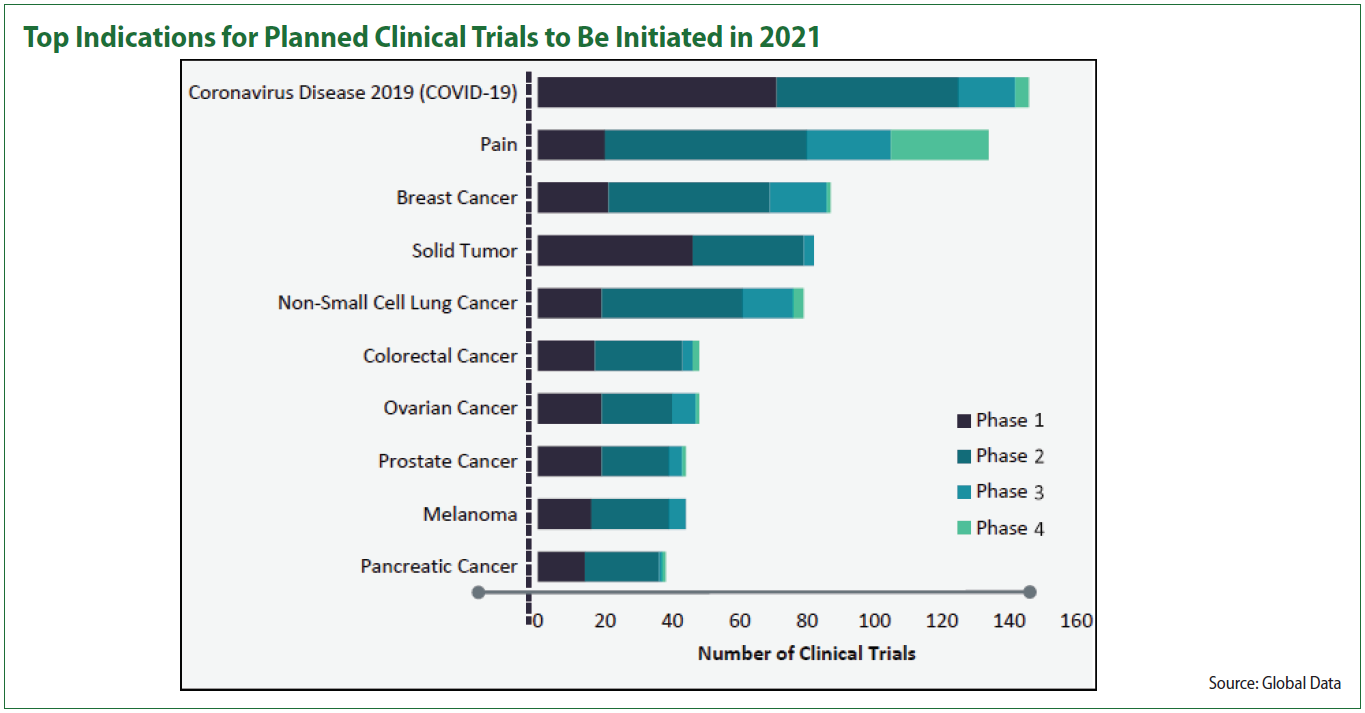