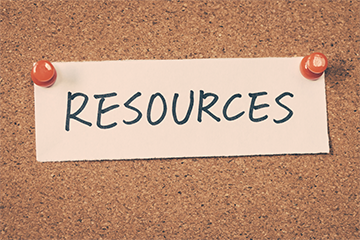 The average number of trial endpoints has increased by 6 percent on average each year since 2003, leading sites to struggle to meet sponsor deadlines and overwhelmed by the amount of work required to handle such complex trials.

Industry experts say some of the growing complexity and additional endpoints are justified as sponsors adopt trial designs that are more friendly to participants. But such designs often rely on technology that, while easing the burden on participants, also fuels enormous growth in the volume of collected data. Phase 3 protocols now collect an average of 3.6 million data points, three times more than a decade ago, according to a new report by the Tufts Center for the Study of Drug Development (CSDD).

“For sites, the danger is the burden that it places on them, at the same time they’re expected to meet pretty aggressive timelines in studies,” CSDD Director Ken Getz told CenterWatch Weekly. “It’s harder to find and retain study volunteers given the eligibility criteria and the demands that are placed on participants in trials, so what this report signals is that even more burden will be placed on those parties that have to administer and participate in a trial.”

The CSDD report, based on data from a working group study conducted between February and November 2020, compares trends in endpoints and eligibility criteria for phase 2 and 3 trial protocols across three study periods — from 2009 to 2012, from 2013 to 2016 and from 2017 to 2020.

CSDD’s data show that not only was the average number of endpoints per trial in the 2017 to 2020 period 27 percent higher than in the period from 2009 to 2012, the trend has escalated in the past three years, with the greatest rate of growth occurring since the 2013 to 2016 period. Since 2013, trial protocols have averaged 20 endpoints, with 1.6 of them on average being primary endpoints, CSDD’s data show.

From a sponsor perspective, Kathryn King, senior vice president for clinical development at Aptinyx, says there are often good reasons for increasing numbers of endpoints in clinical trials. “Innovative and exploratory studies — for example, phase 2 studies or studies of novel mechanisms — often require a larger set of endpoints to meet their research objectives,” she told CenterWatch Weekly. “The focus on patient-centric and quality-of-life data in clinical trials is also a driver for additional and important endpoints in studies.”

According to CSDD, the mean number of distinct phase 2 and phase 3 protocol procedures in the 2017 to 2020 period was an increase of 44 percent over the 2009 to 2012 period. In the same timeframe, the number of procedures performed per patient increased 69 percent.

While technological advances and more participant-centric approaches are gaining traction in the industry, Getz said they won’t solve other issues identified in the CSDD report, especially the explosive growth in the volume of collected data. Between 2013 and 2019, phase 3 trials collected 3.6 million data points; phase 2 trials collected 2.2 million; and phase 1 trials collected 724,000.

“A remote or virtual trial introduces other solutions that are now sources for data, and all of that has to be integrated and managed,” he said. “Somewhere along that chain of support in executing a protocol will be people who are charged with ensuring the quality and integrity of the data that’s gathered.” Other risk-based approaches to managing data volume, including augmented analytics and artificial intelligence, could “help manage the volume of data. It’s pretty remarkable how many different sources are now contributing data that have to be curated, compiled and then turned into an analysis data set.”

King said technology “has made data collection, including data collection directly from patients, easier and faster, and it allows sponsors to collect data outside of clinic visits, opening up new paths for investigation in clinical trials. Broader use of improved technology facilitates collection of additional endpoints, in support of the overall objectives of the study.”

That increase, CSDD says, leads to more complex trials because of a corresponding increase in events, such as “interactions with additional regulatory agencies and health authorities, delivering trial supplies and monitoring clinical trials in widely dispersed areas.”

Jasmina Jankicevic, vice president for medical affairs at Premier Research, says the complexity of protocols is mostly, but not always, justified. In an era of precision medicine, she says it was necessary for researchers to understand the effect of a medicinal investigational product in different subgroups based on the genetic and cell/tissue/organ levels — where the expression of specific genes and biomarkers are noted, respectively — as well as clinician- and patient-reported outcomes. “The importance of, and demand for, real-world data is another contributing factor,” she told CenterWatch Weekly.

Jankicevic emphasized that in order for a study to meet strategic goals in development, data quality is of essence. “The proper feasibility assessment of the protocol has to take into account the impact of the protocol complexity on the ability of sites to perform well, with the highest accuracy, reliability and consistency.”

“The art of smart protocol design is striking a balance between scientific curiosity and operational feasibility,” Jankicevic said. “Protocol amendments are most often a consequence of learnings from sites and patients once the study is initiated. Those are better to be anticipated and prevented by engaging patients, as well as investigators and research site managers, in the protocol development.”

But Jankicevic said complex aspects to protocols still need to be done, and comprehensive and ongoing site training plays a key role. “Only well-trained and supported research site teams will be able to generate high-quality study data. Sites are better off being vocal about their protocol-related concerns and then working on developing solutions together with the sponsor.”

The pressures of conducting trials during a pandemic have prompted discussion of endpoint simplification, Getz said. The pandemic may have helped raise sponsors’ sensitivity to focusing on the core objectives and endpoints of a study. He said trials that received input from sources, such as patient advisory boards or advocacy groups, “may be favoring a more relevant design where not only are the number of endpoints perhaps reduced, but the core endpoints, the most clinically meaningful endpoints, have been defined by the patients themselves. That’s another way to create focus on core endpoints.”

King concurred, adding “the pressure of COVID-19 required sponsors to look carefully at how and where endpoints were collected. For endpoints that are critical to the study objectives, sponsors are now exploring at-home visits by medical personnel, telemedicine visits and procedures that can be completed by patients remotely using technology or sensors.”

CSDD said 18 pharma and biotech companies and two major CROs participated in the working group study and submitted data from protocols that were completed, or had achieved database lock, by the end of 2019. A total of 142 data variables from 220 protocols — 60 in phase 1, 85 in phase 2 and 75 in phase 3 — across multiple therapeutic areas, were analyzed by Getz and CSDD’s Michael Wilkinson and Zak Smith.

The report is available for purchase from CSDD’s website here: https://bit.ly/3igJB8k. 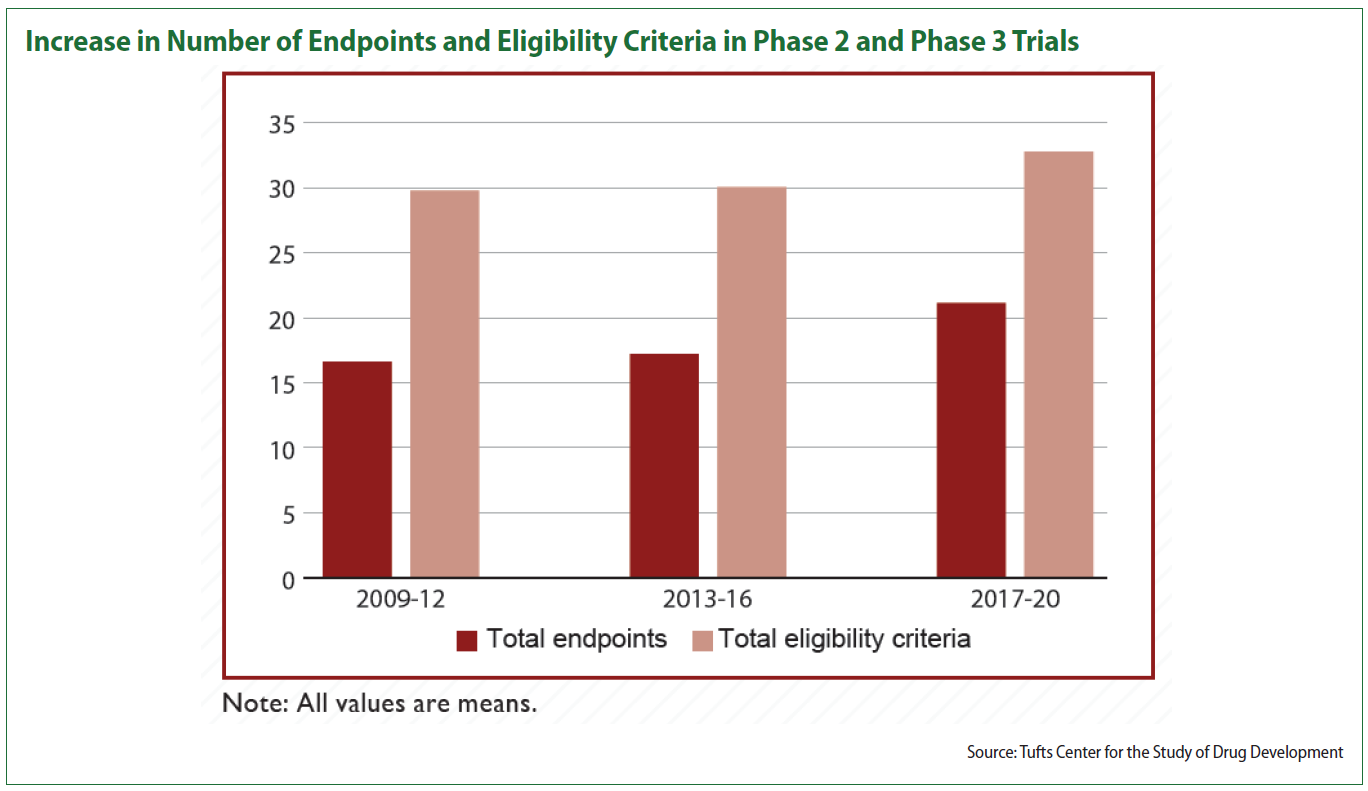