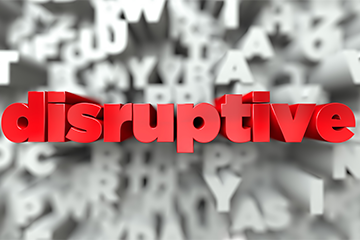 Children who participate in pediatric trials as well as their parents say the trials are overly burdensome and disruptive, according to a recent survey.

The survey, released last week and conducted earlier this year by the Center for Information and Study on Clinical Research Participation (CISCRP) and commissioned by Parexel, found that 59 percent of parent respondents rated the experience as “very” or “somewhat disruptive,” citing issues with travel to the study clinic, lab work (e.g., blood and urine tests), the length of study visits and completing health questionnaires as their top complaints.

And while most (83 percent) of the children surveyed who joined trials said they were able to continue with their daily routine, they listed taking medication, blood draws, medical tests, having to answer questions, missing school and peeing in a cup as the top burdens they faced.

Conversely, 81 percent of respondents to a separate 2019 CISCRP survey of adult trial participants rated their experience as “not very” or “not at all disruptive” (CenterWatch Weekly, Dec. 16, 2019).

CISCRP founder and board chairman Ken Getz said the survey marked the organization’s first extensive foray into the pediatric community and their parents. “In the past, it hasn’t been as easy to conduct a [survey] among the pediatric community,” he told CenterWatch Weekly, adding that concerns raised by parents and ethical review committees had prevented such efforts. “We’re finding there’s much more interest and receptivity now in recognizing that this is an important community. We’re learning new ways to gather their feedback.”

“We have found in general, and this has been documented in other studies, that Black participants and those of African-American descent generally are more, or as willing, to participate” in a trial, Getz said. “It’s really kind of a generalization that’s not supported by the data when people say that there is so much more resistance in terms of willingness to participate among minority communities, most notably Black participants.”

Most of the 39 parent respondents who had already been through a trial with their child gave positive feedback on the informed consent process; 66 percent said the informed consent form was “very easy” to understand. In comparison, just 48 percent of adults who participated in the 2019 CISCRP survey of adult trial participants said they found the form easy to understand.

An overwhelming majority of the 59 child respondents (92 percent) who had joined a study said they remembered the consent form, and 85 percent characterized the information presented as “very easy” or “kind of easy” to understand. By comparison, only 37 percent of the 427 adults age 18 to 34 who participated in the 2019 baseline survey thought the informed consent form was “very easy” to understand.

The survey found that 38 percent of parents whose children had participated in a clinical trial said a doctor’s recommendation was the main deciding factor. But the survey also found that only 18 percent of parents with kids in trials learned about the study from their child’s pediatrician, specialist or associated staff. Other deciding factors cited by parents included “to help advance science and the treatment of my child’s disease/condition” (26 percent), “to help others who suffer from my child’s disease/condition” (23 percent) and recommendations from family and friends (23 percent). Respondents were allowed to select more than one factor.

In addition to the 39 parents responding that they already had participated in a trial with their child, the survey gathered responses from a total of 500 parents about their attitudes toward clinical trials in general. Asked what were the most important types of information they needed to make the decision to participate, the top three responses were: the potential risks and benefits to their children (79 percent), types of medical procedures required (78 percent) and the purpose of the clinical research study (73 percent). CISCRP said adult respondents to the 2019 baseline survey had identical top three factors when making a participation decision for themselves. In both surveys, respondents were able to select more than one answer.

“More and more, companies are looking for ways to ‘close the loop’ on a clinical trial and provide trial result summaries to volunteers,” Getz said. “And that’s becoming even more of a critical selection criterion for people who get involved in participating in studies. We like to see that this will ultimately become a standard practice. Certainly, in the surveys that we’re conducting, we’re seeing a higher percentage [of trials] that are returning results to study [participants].”

Of the 486 children age 10 to 17 who responded to the survey, about half said they would join a clinical trial, and their top reasons for doing so were to help scientists and doctors learn more about their disease (63 percent), followed by the chance to receive better medicine (56 percent). But children who either didn’t want to participate or were unsure said they were scared something bad would happen and they would get sicker (62 percent), they were scared of needles (55 percent), or they didn’t want to miss school or playing with friends (40 percent).

Children’s primary desire for lessening the burden of trial participation was having free Wi-Fi and snacks (about 60 percent) during a visit, but 58 percent also said it was “very important” to hear from other kids who participated in trials and 52 percent wanted to have some or all of their study visits conducted at home.

Most (78 percent) of the 59 child respondents who had participated in a trial reported a better experience than they had expected, and 90 percent said they would consider joining another study in the future.

CISCRP also found that of the 39 parents whose children participated in a trial, 74 percent reported that they had completed the study. The seven parents (21 percent) who elected to stop their child’s participation early cited fears their child was receiving a placebo (57 percent), as well as poor communication with the study center (43 percent).

For a copy of the CISCRP survey, visit: https://bit.ly/2LewtEg.