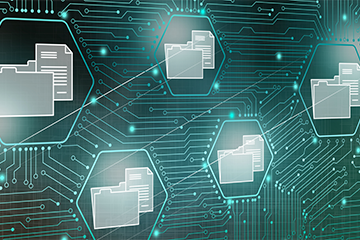 While sponsors, CROs and sites are increasing their use of electronic data management systems, they are finding the biggest challenge is getting multiple tools and platforms to work together seamlessly, according to two recent surveys.

Veeva also found that 67 percent of sponsors and CROs cited tracking and reporting as one of the biggest challenges to exchanging information during clinical trials. Difficulties with manual processes (64 percent) and misfiled or missing documents (53 percent) were also identified as problem areas. Three-quarters of respondents were based in North America and 14 percent in the EU and UK. Sponsors made up 76 percent of Veeva’s respondents, with CROs claiming the remaining 24 percent.

In a separate survey, UK-based data management software developer Arkivum found the same challenges with lack of interoperability. Although more than 90 percent of sponsors and CROs responding to Arkivum’s survey said they use electronic systems, half of CRO respondents said they were unable to convert documents generated by multiple software applications, and 45 percent reported problems managing, reporting and locating data. Sponsors made up 46 percent of Arkivum’s respondents, while CROs comprised 14 percent and investigators 8 percent.

Almost half (46 percent) of investigators responding to Arkivum said converting documents was problematic, and 31 percent cited insufficient tools to minimize clinical trial costs. Among sponsors, 38 percent had trouble with managing, reporting and locating data, and 36 percent said they had issues collaborating with study partners using different processes. Sponsors, CROs and investigators responding to the Arkivum survey were 76 percent European and 6 percent North American.

Both surveys showed a large number of sponsors and CROs still use overly cumbersome and sometimes nonsecure methods, such as paper records and email transmissions, to communicate and share data. Paper and hybrid paper-electronic systems are still in use in almost half of the Arkivum sponsor respondents and 27 percent of CROs, and the Veeva survey found that 40 percent of CROs and sponsors are still using paper.

“Everyone understands the value of trial data, and the importance of protecting it, but everyone also needs to understand the risks inherent in not following good practice in handling and storage,” said Karen Roy, chief strategy officer for regulatory solutions provider Phlexglobal, which assisted Arkivum in conducting the survey. “Sponsor data and investigator data must remain separate, no matter who is managing it, and the pandemic has focused renewed attention on investigator sites and issues of ownership and control.”

In another worrying sign, more than one-quarter of Arkivum’s respondents reported they used insufficient methods for long-term data management and were vulnerable to the loss or corruption of data.

Arkivum also discovered that 64 percent of clinical trial investigators, which collectively made up just 8 percent of respondents to its survey, used CTMS.

The Arkivum survey alone addressed the issue of digital archiving of trial data, and a vast majority of respondents identified key aspects of their digital archives as mission-critical, including the lasting integrity of clinical trial data (88 percent), offering an audit trail (74 percent) and ensuring inspection readiness and accessibility for 25 years (79 percent). But only 11 percent of sponsors and 25 percent of CROs reported problems with maintaining the quality, regulatory and compliance standards necessary to ensure inspection readiness.

Arkivum also found 27 percent of respondents considered storing a TMF in eTMF or CTMS as an effective “digital archiving” solution, rather than using a dedicated archiving system. In its report on the survey, Arkivum cautioned that sponsors using such a solution “underestimate the importance and value of adhering to good practice” for managing data in the long term.

“Success in regulatory inspections remains of central importance, but the digital archive can also offer an opportunity to look at things differently and open the way to much wider benefits,” said Matthew Addis, chief technology officer for Arkivum. “A body of valuable data is too good simply to lock away until there’s an audit, an inspection or a question about compliance. A dedicated, secure digital archive can also enhance an organization’s ability to exploit the knowledge that it already has.”

For all the talk of problems and weaknesses, Arkivum respondents expressed some hope for the future. Most — 70 percent — said the COVID-19 pandemic presents an opportunity to change the conduct of future clinical trials.

“Many new challenges have arisen for the safe and productive conduct of clinical trials,” said Arkivum CEO Chris Sigley, “but the pandemic has also highlighted the potential of working practice that makes optimum use of digital technology. Indeed, the strategic process of digital transformation has accelerated dramatically as the world deals with the pandemic.”

For a copy of the Arkivum survey, click here: https://bit.ly/2GRGKE8.

For a copy of the Veeva survey, click here: https://bit.ly/2SJj73i.