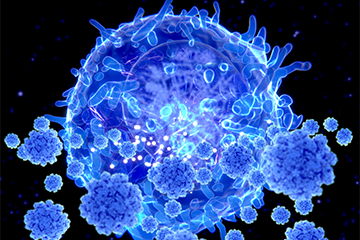 The first wave of COVID-19 vaccine development has not monitored the response of T cells to the virus, a missed opportunity that should be addressed in the next wave of COVID-19 research, two experts said last week.

“Ongoing vaccine trials do not appear to monitor the T cell response in detail, if at all,” said James Rothman, chair of the Department of Cell Biology at Yale University School of Medicine and winner of the 2013 Nobel Prize for medicine.

The robust response of these cells was discovered after most COVID-19 vaccine trials began, he said, adding that “T cell responses need to be assessed after the first wave of approvals [of vaccines] to improve and compare products and their utility, especially in older populations with reduced immune capacity.”

Rothman was joined in a WCG Clinical webinar by former FDA commissioner Scott Gottlieb, who acknowledged the potential of T cells to contribute to efforts to vanquish the virus but questioned whether vaccines were the proper application. He said they could possibly be used in COVID-19 treatments.

It’s pretty well established, Gottlieb said, that a large percentage of people have in their immune systems T cells that could react with and kill the SARS-CoV2 virus.

Gottlieb also strongly defended the FDA’s approach to getting a vaccine out to the public in the shortest amount of time, criticizing the Trump administration’s apparent attempt to derail a planned guidance the president believes could reduce the chance of having a proven vaccine before the November election.

The Emergency Use Authorization (EUA) guidance that was originally set to be released before the end of September would set the criteria sponsors need to meet to administer their vaccines to the highest-risk populations before formal FDA approval. In an unusual move, President Trump on Sept. 23 said the White House would review the proposed guidance, an action that led many to conclude Trump would bury the document in an effort to keep the FDA from raising standards for emergency authorization.

In fact, the guidance would do the opposite, Gottlieb told attendees at the webinar last week on the potential of using T cells to fight the virus.

The guidance is “technically a lower standard” than that needed for formal FDA approval, Gottlieb said. However, the EUA pathway was basically conceived for moments like this, he said, when there is an urgent need for life-saving solutions.

“What it is, really, is a more flexible standard” that allows the agency to respond quickly to a public health crisis.

There is nothing surprising in the proposed EUA guidance, Gottlieb said, adding that it basically lays out the authorization principles the agency has been discussing with vaccine developers all along, including the need for a vaccine trial to include in the placebo arm at least five severe cases and some cases in older patients. The guidance also would require sponsors of phase 3 trials to track patients for at least two months. “Not allowing the agency to put forward that guidance would be problematic at the end of the day,” he said.

“I think the agency needs to be left to its own devices to outline what the approval criteria is,” Gottlieb said. “The political sort of intrigue around this process is not helpful.”