Home » Trend of Longer Trial Timelines is Likely to Continue

Trend of Longer Trial Timelines is Likely to Continue 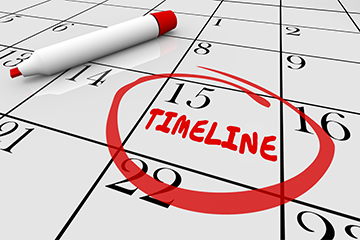 Clinical trial timelines have been lengthening since 2014 and with COVID-19 conditions forcing adaptation and adoption of new technologies and processes, the trend is likely to continue, if not accelerate.

While the primary response to the pandemic represented important, and sometimes transformational, changes in trials, those changes “will likely contribute to even greater complexity and increased levels of customization and operating fragmentation,” says Kenneth Getz, director of the Tufts Center for the Study of Drug Development (CSDD).

“Long term, we believe that development speed, efficiency and optimized performance will really come from our ability to best manage complexity, customization and fragmentation,” Getz said last week at the Outsourcing in Clinical Trials USA virtual conference. “These macro trends are inevitable.”

But other complications “are actually challenging and conspiring against our bold development ambitions. They all suggest that our programs are actually getting longer. If you look at individual tasks and phase-specific cycle times, you’ll see that they’re all increasing in length and we’re seeing high levels if not higher levels of variation, that is one of the macro trends that we’re seeing. Protocol complexity and customization and fragmented operating activity — are the primary factors that are impacting our executional performance that drive higher levels of inefficiency and challenge quality in our research.”

Conversely, the regulatory phase shrank from 13.6 months to 11.7 months over the respective timeframes (CenterWatch Weekly, July 20). “Some of that is due to the fact that a higher proportion of approvals now are for treatments that are targeting rare diseases,” Getz said. Those remedies, plus oncology drugs, represent “one of the dominant areas in our pipelines [that] typically see expedited or accelerated review timeframes.” But he also cited longer timeframes through all three clinical trial phases for the 377 new drugs and biologics studied. “We see that the cycle times are getting longer, and the variation has not improved. We continue to see inconsistent practices and performance.”

Despite an industry perception that smaller companies tend to enjoy quicker development timelines, Getz said observations by CSDD show the opposite is true. Of the 377 drugs studied, the clinical phase for the top 50 pharmaceuticals with active drugs in the R&D pipeline took an average 80.9 months in the clinical phase and 11.8 months for the regulatory phase. But among non-top 50 companies, the clinical phase was nine months longer (89.9 months) and regulatory approval grew to 13 months. Meanwhile, CSDD estimates that 31 percent of active drugs in the current R&D pipeline are for rare diseases, with 58 percent expected to gain regulatory approval this year.

Durations were also increasing in select executional areas. CSDD found that in 2014-2018, it took an average of 145 days for the study start-up period, up 13.7 percent from the prior 2008-2013 period. The pivotal trial execution segment also grew to an average 854 days and the last-patient-last-visit (LPLV) timeframe extended to 36 days, up 6.3 and 9 percent, respectively, from 2008-2013. In the area of data-management and data-cycle times, “often what we hear is that the largest challenge is the coordination of multiple data sources, some that include the electronic data capture as well as the use of wearable devices, specialty labs and a variety of other data sources, and that presents some challenges.”

“Public trust and awareness about clinical research have been negatively impacted by the pandemic,” Getz said. “This is going to contribute to ongoing patient recruitment challenges, particularly challenges in recruiting underrepresented communities in our development programs.”

Getz said CSDD, through its assessments of performance and interviews with companies, found six strategic operating practices that could be applied across all operating models to shorten drug development timelines — early and open collaboration; patient-engaged design and execution planning; more time upfront dedicated to precollaboration qualification and coordination; a commitment to flexible but consistent execution; anticipated and preplanned design and executional adaptation; and frequent, proactive and clear input from regulators. “That really helps organizations determine whether they feel comfortable assuming a risk and accelerating activity further,” Getz said of the final recommendation.