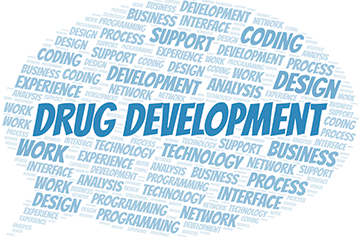 The amount of time to complete clinical trials for anti-infective drugs is almost 14 percent shorter than for other drugs approved by the FDA over the past 20 years, according to a new study.

It found that anti-infectives’ clinical trial length has been decreasing since 2008, while the length of time to complete trials of other drugs has increased. Of the 93 drugs identified as anti-infectives, the length of phase 1 trials dropped by 46.6 percent and phase 2 trials by 26.6 percent between 2008 and 2018. Only phase 3 trials lengthened, by 11 percent, in the same period for anti-infectives.

Conversely, trial length for other drugs increased by 31.2 percent in phase 1, 17.2 percent in phase 2 and 9.9 percent in phase 3, according to the impact study done by the Tufts Center for the Study of Drug Development (CSDD). The study was based on two data sources: drug approvals from 2000-2019 by the Center for Drug Evaluation and Research and the CSDD’s database of approved drugs from 2008 to 2018.

“With the need for effective anti-infectives growing, driven in part by demand for new medicines to treat emerging coronavirus-based diseases and antibiotic-resistant infections, it is important to know how development and approval phase times for anti-infective drugs have historically compared to other drugs,” Joseph DiMasi, CSDD’s director of economic analysis, wrote in the report released last week.

CSDD also found that the mean clinical phase time — from the time of the IND filing until a trial is completed — for anti-infectives approved between 2000 and 2009 was 8.1 percent shorter than for other drugs. And the trend picked up speed over the following decade, with anti-infectives advancing through the clinical phase 14.8 percent faster than other drugs from 2010-2019.

The mean approval phase time — the time from date of submission of an NDA or BLA to date of FDA approval — for anti-infectives was 2.6 months shorter than for other drugs from 2000 to 2009; the gap grew to 2.8 months during the past decade.

Among the classes of anti-infectives, antivirals had a mean total phase time 22 percent shorter than other anti-infectives — antibiotics, antifungals and antiparasitics — between 2000 and 2019. Antivirals were developed and approved 20.7 months faster than antibiotics during the two-decade period and outpaced antifungals and antiparasitics by 19.3 months and 19 months, respectively.

The report also found anti-infectives received more special designations than other drugs from the FDA from 2000 to 2019. More than 74 percent of anti-infectives were designated for at least one of the agency’s facilitated regulatory pathway (FRP) programs, compared to 53.9 percent for all other drugs.