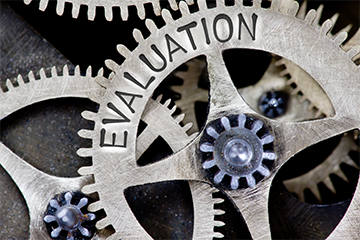 Trial professionals should be using risk-based quality management (RBQM) to bolster their corrective and preventive action (CAPA) plans, which too often focus on the “CA” part of the equation but don’t follow through on “PA.”

To develop a fully fleshed-out CAPA plan, trial staff need to investigate the underlying details of any issues by conducting a thorough root cause analysis (RCA). But the information needed for such an analysis isn’t always readily available, says Linda Sullivan, executive director of Metrics Champion Consortium (MCC). That’s where RBQM can contribute to the process, Sullivan says.

As articulated in ICH E6(R2) — Good Clinical Practice, RBQM is an innovative tool that allows trial staff to identify, examine and define systemic problems in procedures and data across all of a trial’s sites. The information uncovered in the RBQM process can be used to understand the root causes of an identified problem and can show what impact the problem is having not just on a single trial or site, but throughout a trial organization’s entire portfolio of studies. That broader view can lead to a preventive plan that can be applied systemwide.

A CAPA effort wouldn’t be effective without an understanding of the root cause of data validity issues, Sullivan says at this week’s MCC Clinical Trial Risk and Performance virtual summit. Organizations often begin the CAPA process with a poor understanding of why a problem occurred. “As a result, you find CAPA plans that focus on retraining people who are implementing SOPs and protocols,” Sullivan explains. “They don’t dig deep enough to find out why people had difficulties following SOPs and protocols.”

“Essentially, you should establish [an RBQM] process that enables you to learn systematically from issues in order to avoid the same issues happening again in future studies,” she says. And the problems can go deeper than what is found in a single study; without adequate preventive action, problems can spread throughout an organization’s entire system.

Systemic risk assessment should be continued throughout a trial, Sullivan says, not just in the planning stage, to ensure data validity throughout all trial operations.

“[Trial staff are] supposed to be reassessing and revisiting the whole risk assessment during [trial] conduct,” Sullivan says, “because conditions may change, new things may crop up, and that’s something that a lot of organizations are really just starting to put some structure around.”

“They’re asking when they should do these reassessments, and whether there are certain conditions or things that happen that should trigger a reassessment,” she adds.

Trials typically confront problems during the final stages, specifically during the verification and effectiveness checks, Sullivan says. By incorporating RBQM as a process throughout the trial rather than treating it as a one-time event, she says, trial staff can continually gather the insights necessary to inform a thorough root cause analysis. You need the information from RBQM, “because unless you know why the issues occurred, you may have a difficult time trying to figure out how to mitigate or control for that risk,” Sullivan says. In other words, how can you plan corrective and preventive action without the information you get from RBQM?

In an interview with CenterWatch Weekly, Sullivan said that when sponsors conduct RBQM correctly, “you are looking at risks which are potential issues during study design, but you are also looking at reassessing during conduct. If you have a preventive action coming out of CAPA, you should be looking at whether that potential issue or risk is something that aligns with any of the studies you’re planning or have ongoing. That’s one of the things that could trigger a reassessment during study conduct.”

“We’re starting to get information and feedback from folks around what triggers reassessments in their organizations,” Sullivan said. “Preventive actions coming out of CAPA should be one of those triggers.”

Sullivan acknowledged there are “significant challenges and barriers” to combining RBQM and CAPA, including functional silos. In many cases, the RBQM team fails to include specialists from the quality assurance (QA) unit, the people responsible for developing and implementing CAPA.

“At a minimum, you should have somebody who knows what’s going on in your CAPA program as part of the risk-assessment team. Even if you don’t have good data to delve into yet, you might be on the road of trying to get that figured out and developed. That’s an immediate and easy thing to do as an interim step. And there are more and more organizations starting to include somebody from the QA side in that risk-evaluation team.”

“Throughout the process, you need to have a risk communication process to ensure that people understand what actions have been put in place to control the risks,” Sullivan said. “Today’s issues should be considered as risk in future issues.”