Home » Misinformation, Mistrust are to Blame for Lack of Diversity in COVID Trials

Misinformation, Mistrust are to Blame for Lack of Diversity in COVID Trials 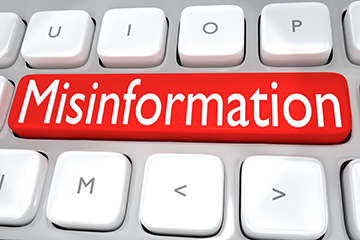 Misinformation and mistrust are two of the biggest culprits behind minority groups’ reluctance to participate in COVID-19 trials, but community outreach, education and replacing fake “facts” with real ones are the first steps in easing their fear of clinical research.

The most meaningful strategies, experts say, are those that take an active role in meeting minorities where they are, such as reaching out to African American churches and community centers, educating younger family members who can communicate the safety and benefits of trials to their elders, and increasing the representation of minorities among trial staff and investigators.

African Americans, in particular, are wary of clinical trials because of experiences like the Tuskegee syphilis study, which from 1932 to 1972 followed the progression of the disease in 600 poor black men without providing any effective treatment.

“Mistrust is really permeating the space around COVID-19. It’s really important to start talking to patients in a way that helps them understand trials and why they’re important,” says Tigerlily Foundation CEO Maimah Karmo.

And the wealth of misinformation or half-truths about the virus being spread across social media is making it even more difficult to recruit minorities for trials in which diversity of participants is crucial to developing a vaccine that works for those most affected by the pandemic.

The clinical trials industry is learning to fight back by reaching out to minority communities with accurate information and advice on trial participation. Marketing materials for clinical trials should include pictures of people who are members of the demographic the trial hopes to capture data from, says Steve Smith, WCG Clinical president for patient advocacy. Community ambassadors, people who work and live within a specific community, can also play an important role.

These ideas are all about building community relations, Smith says, “because people talk about it angrily when it doesn’t happen.”

Charlotte Owens, medical director at AbbVie, says the educational outreach approach helped her company bring in more minority participants. “We made sure that we had information available in print, on television and in radio because we know this is an important source of knowledge,” Owens says. “Our recruitment efforts really made sure that patients understood not only that [participation in a clinical trial] was an option, but exactly what their participation would require and why it was important. When they came to the site to consider participating, we invited them to bring their families and loved ones because we knew that would help inform them and create a supportive environment.”

Wenora Johnson, a cancer researcher and patient advocate, told attendees at a WCG Clinical webinar on misinformation that 69 percent of the African American community receives its information through social media, so a “heavy campaign” is needed in which members of a minority community engage public and private organizations, news and social media to take down misleading online posts; develop advertising in their likeness for television and other media that encourages minority participation in clinical trials; and knock on doors to distribute masks and info on COVID-19.

Also speaking at the webinar, David Rand, professor of brain and cognitive sciences at Massachusetts Institute of Technology, encourages trial researchers to issue corrections if they see someone post something false. “You should respond by saying ‘That’s not true, please take it down,’” he says, adding that researchers have found that people are more likely to respond favorably to corrections from people they know, rather than random strangers on the internet. “Corrections are particularly effective if they provide alternative explanations, rather than just negations.”

Rand says he and his colleagues “have had varying levels of discussion” with several media companies about deleting misinformation, including Facebook, Twitter, TikTok, Google and YouTube.

“We’ve been working on it,” Rand says. “There is enthusiasm for it everywhere, and then there’s variation across the platforms in which it seems like they’re actually doing anything about it. [These talks are] ongoing, but at least we’re trying to get that message out.”

“It’s ideal if the platforms do it themselves, but it’s also something that [those who are conducting trials] outside of the platforms can do by buying ads. You can use targeted advertising where the ad is basically just a thing saying, ‘Here’s this random headline, rate it’s accuracy.’ Or [asks] ‘How important do you think it is to share accurate content?’ And you can target those ads at people that you are concerned about being likely to share misinformation.”

Rand says such an intervention is scalable, meaning it “doesn’t rely on fact checkers keeping up with the pace of misinformation ... What we like about this approach is it helps people use their own abilities to be discerning.”

“This is a difficult [challenge],” Johnson says, “and it’s been a longstanding one in the minority community. It’s going to take a lot of heads coming together to understand how we can address this challenge, because the misinformation is killing people of color.”