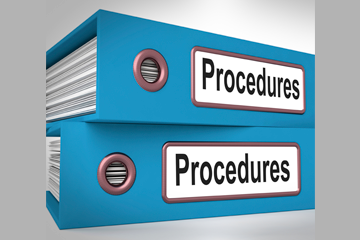 The FDA has finally put muscle behind its authority to fine flouters of the ClinicalTrials.gov reporting requirements, issuing a final guidance last week that confirms penalties of up to $10,000 per violation.

The FDA’s guidance, which is virtually unchanged from a 2018 draft, levies a monetary penalty of up to $10,000 per violation and potentially an additional $10,000 per day until the violation is corrected (CenterWatch Weekly, Sept. 24, 2018). The guidance also covers those who submit false or misleading information to the database and allows for the possibility of civil injunction and/or criminal prosecution.

In addition to enforcing penalties, the FDA says it will post violators’ notices of noncompliance on its website and the National Institutes of Health (NIH) will upload them to CT.gov.

The agency began developing an enforcement mechanism for CT.gov noncompliance in 2016, prior to the issuance of a final rule from HHS that authorized monetary penalties, which it tested with a pilot program that notified 15 responsible parties of their violations, the FDA said. To date, all parties have complied.

When asked why the agency is moving forward now, a spokesperson on Friday said, “The guidance is important to help ensure that there is transparency around clinical trials. This is especially important given the increased focus on evidence-based decision-making during a global pandemic.”

The final guidance comes as pressure on the industry to comply with CT.gov reporting requirements is growing. The NIH was called on the carpet in February when a federal court ruling mandated NIH enforce CT.gov requirements. Two weeks ago, the NIH issued a draft policy letter that calls on violators to submit their missing data from the years 2007 to 2017 “as soon as possible” and mentions potential fines, although specific amounts were not addressed (CenterWatch Weekly, Aug. 10). The NIH also laid out rules for complying with CT.gov reporting requirements in trials that are currently under way.

Proponents of increased clinical trial transparency have been critical of the lack of enforcement by the FDA. According to the nonprofit organization FDAAA Tracker, which reports on transparency compliance, only about 70 percent of trials required by the FDA to report have done so. The agency’s failure to enforce fines on the remaining 30 percent has led to an estimated loss of $11.8 billion in potential agency revenue in the past two years, the organization says.

The FDA guidance says the agency will use information gathered during routine inspections under the Bioresearch Monitoring (BIMO) program to identify violators as well as investigating any complaints of noncompliance it receives.

The FDA will take a risk-based approach to investigating potential violations, focusing on trials of products that carry a high health risk or are intended to address a significant public health need; trials with a previous pattern of noncompliance; and those that also are in violation of other regulatory requirements for trial conduct.

According to the guidance, the FDA center with jurisdiction over a given trial will issue a preliminary notice of noncompliance, describing the potential violation and giving the responsible party 30 calendar days to respond before conducting a formal review. If the center determines during that review that the violation has not been corrected, it will issue a Notice of Noncompliance that could include a penalty of up to $10,000.

Violators then will have an additional 30 calendar days to make corrections before facing a potential penalty of up to $10,000 per day until they achieve compliance.

In determining the amount of monetary penalties, the agency will take into account the “nature, circumstances, extent and gravity of the violation; the ability of the violator to pay or effect of the penalty on its ability to continue to do business; history of similar violations; and degree of culpability.

In an agency statement accompanying the final guidance, the FDA’s deputy commissioner for medical and scientific affairs Anand Shah said, “As in all areas that we regulate, our goal is to achieve voluntary compliance with the law. However, we intend to hold responsible parties and submitters accountable, including potential legal action, if they are not in compliance.”

Despite the FDA’s stated commitment to aggressive enforcement, industry groups have complained the agency isn’t going far enough to ensure clinical trial data is shared. In a comment on the draft guidance, the nonprofit organization TranspariMED decries the selective nature of the agency’s approach and calls on it to “systematically and comprehensively monitor compliance with FDAAA registration and reporting requirements, covering every trial subject to these requirements, and routinely publish line-by-line monitoring data.”

Yale University’s Collaboration for Research Integrity and Transparency also commented on the draft, saying the FDA’s discretionary approach to enforcing requirements is counter to [Food and Drug Administration Amendments Act]’s mandate and that monitoring compliance through BIMO inspections would be inadequate.

And the Pharmaceutical Research and Manufacturers of America (PhRMA) objected to the guidance’s apparent focus on pharmaceutical and biotechnology companies, urging the FDA to clarify that it applies to all responsible parties, including academic institutions.