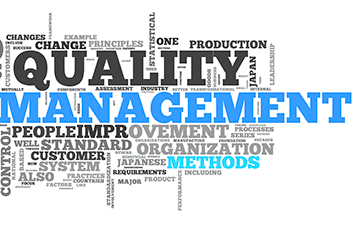 Sponsors and CROs are not embracing the kinds of progressive quality management methods, such as predictive quality metrics, quality tolerance limits and automated metric dashboards, encouraged by regulators, according to a new survey that found the two groups share a perception that such tools are less effective than traditional methods.

But the survey also found a widening gap between the two groups in their overall assessment of quality management in clinical trials. The report classifies CROs, non-CRO service providers, academic research centers and consultants in a category it calls “providers” for the purpose of comparing their collective responses to sponsors’ opinions. The provider group was comprised of 65 percent CROs.

Sponsors and providers also diverge on which outsourcing model delivers better in terms of quality, with sponsors voicing strong support for functional service providers (FSP) that handle only specific trial responsibilities, while providers expressed the opinion that full-service outsourcing is more effective. The survey, released last month and conducted late last year by The Avoca Group, polled 98 sponsors and 99 providers.

When rating providers on their quality management, sponsor respondents gave high ratings for sticking to monitoring plans and for compliance with SOPs and other written procedures; both questions drew a sponsor satisfaction rate of 68 percent.

But Avoca identified five areas where sponsors felt providers could improve, with documentation and document control, oversight of third-party vendors and proactivity for risk prevention and issue management receiving the lowest satisfaction scores at 47 percent, 44 percent and 40 percent, respectively.

And only half of sponsors were satisfied with providers’ training. Site training drew a satisfaction score of 55 percent, and staff training came in at 50 percent.

The survey also found sponsors were more likely to deploy “foundational” strategies to manage quality oversight, with 84 percent of respondents saying they use communication and escalation matrices “often” or “always.”

“Communication and escalation matrices are most used and are also thought to be most effective,” Avoca said, but added that compliance assessments or audits are used by 80 percent of respondents, quality agreements by 75 percent and quality metrics by 70 percent despite being perceived as less effective in ensuring quality in trials.

Among providers, Avoca found the group shared with sponsors three of the top four most commonly used oversight tools; 76 percent used communication and escalation matrices, followed by periodic compliance assessments or audits at 73 percent and quality metrics at 71 percent. The survey showed that compliance audits were “perceived to be efficacious” by providers, but it also found that joint or integrated quality management plans were used by only 52 percent of provider respondents, although sponsors indicated finding these highly effective. Avoca characterized quality metrics as a frequently used tool that showed an opportunity for improved effectiveness.

“Looking across audiences, there are some consistencies,” Avoca said. “Automated metric dashboards are rated as being relatively effective by those using them but are used less often,” likely because of cost. One sponsor commented that there were “not sufficient resources available for upfront work” for automated dashboards, while a provider added the technology platform is “too expensive.”

On the issue of quality oversight, 46 percent of sponsors said FSPs deliver better quality than full-service CROs. The survey found that sponsors believe FSPs provide stronger communication and collaboration than the traditional CRO-sponsor model, as well as more expertise and greater flexibility, all with the sponsor retaining control.

“You can control the staff allocated to your project better,” one sponsor told Avoca. “In the full outsourcing model, many players are ‘hidden’ and for sure not dedicated to your study(ies).” Another said “not all CROs are good in all things or trial designs. Therefore, [the] FSP model allows for flexibility to choose the best fit.” Only 15 percent of sponsors favored the full-service model. Forty percent rated the FSP and full-service models as equal in effectiveness.

“A deeper team integration seems to allow for better collaboration and improved efforts on both sides,” one provider responded in the survey. Added another: “We tend to have closer/tighter oversight when it’s full service.”

Avoca said that while sponsors and providers are both less likely to use quality tolerance limits and predictive quality metrics, that similarity could prove troublesome because it “may represent common challenge areas in aggregating and analyzing data to support risk-based decision-making.

“As the regulatory landscape continues to evolve concurrently with greater focus on virtualization and clinical trial continuity in the post-COVID reality,” Avoca concluded, “quality oversight practices must continue to evolve to address the new risks and opportunities that lie ahead.”