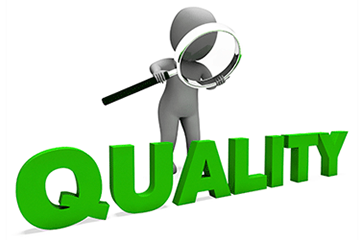 Quality management is a concept familiar to drug- and devicemakers because of the FDA’s regulations on the subject, but there are no parallel rules for clinical trials. That will change when the revised version of the International Council on Harmonization’s (ICH) E8(R1) guideline, General Requirements for Clinical Studies, is finalized later this year and adopted by regulators.

Originally scheduled to be issued in June but delayed due to issues related to the global pandemic, this first revision to ICH E8 incorporates some new concepts, such as risk management and quality by design. When the guideline is adopted by ICH’s participating regulators — including the FDA, Health Canada and the European Commission — sponsors, sites and investigators will have to turn their attention to ensuring and documenting the quality of their clinical trial practices.

Focus on quality in clinical trials has increased over the past 10 years or so, says Leslie Sam, principal consultant with Wool Consulting Group. Traditionally, risk was discussed primarily at the corporate level and in the context of enterprise risk, rather than clinical trial or development risk. Issues were managed as they arose; prevention was not much of a consideration.

“You knew you had good quality only when the monitor told you so,” Sam explains. “So, it was kind of after the fact, when the auditor or inspector had shared with you after their auditing tasks were completed that good work had been done or errors had been found.”

It’s worth noting, she adds, that outsourcing clinical work to CROs was on the upswing during this period of time.

The quality culture saw a bit of a shift from reactive to enforced in 2009-2010, primarily due to an uptick in inspection findings that focused on systemic issues. And around 2011-2013, that focus on systemic issues drove researchers, drug developers and regulators alike to move to a more proactive, risk-management approach to clinical studies. Conversations about risk management became much more common.

At that point, Sam notes, there was no clear distinction between the types of issues that warranted a corrective and preventive action (CAPA) response and those that didn’t. “Everything had a CAPA back in the early days,” she says.

Some of this was driven by the increase in the use of CROs and a need for more oversight of these organizations. When CROs initially were being brought on board for clinical research, the mindset among pharmaceutical sponsors was that the CRO had been hired based on its skills, experience and qualifications, and so didn’t need much in the way of monitoring and oversight. It was expected that the drug sponsor would stay out of the way and let the CRO do the clinical research work, Sam says.

That began to change as the FDA and other regulators began to embrace the concept of risk-based monitoring for clinical trials. This is also the period in which the FDA and the European Medicines Agency (EMA) began to establish a collaborative relationship.

At this point, the tone of discussion regarding risk in clinical trials began to shift away from the reactive and toward the preventive, with sponsors and researchers aiming to design studies to eliminate, or at least mitigate, some of the identified risks.

Industry-driven efforts in this area grew in prominence during the 2014-2016 period. Two nonprofit organizations — the Clinical Trials Transformation Initiative (CTTI) and TransCelerate — were established to focus on developing and driving the adoption of practices to increase the quality and efficiency of clinical trials.

At the same time, a shift was occurring in the industry and regulatory mindset about the role of quality. Previously, quality work was done by quality professionals who were part of a quality department; the idea was that quality was the responsibility of these few experts. However, in recent years, quality has come to be seen as the responsibility of all participants in drug development and research, not just those with specialized quality-related training and education.

Starting in 2014, quality-related responsibilities and accountabilities outside the quality department and upper management began to be defined. And in January 2017, ICH released a plan to “modernize” ICH E8, adding emphasis on risk management, thereby codifying the concept in a GCP-related guideline.

But questions still remain about what exactly the term “quality culture” means in practical terms. So the focus of ICH E8(R1) — and within the clinical trial and drug development industry generally — is on how to ensure quality, and how to detect and monitor the culture of quality within an organization.

While much of ICH E8(R1) remains unchanged from the original document, there are several key changes with which sponsors and clinical researchers will need to familiarize themselves. In particular, the revised guideline introduces a new concept and a new term: critical-to-quality factors.

There are four key goals in ICH E8(R1) to ensuring that data quality is fully addressed in study design and planning.

The first is to address the broader concern about the principles of study design, especially as regards planning for an appropriate level of data quality. The previous iteration of the guideline did discuss study design but did not emphasize the planning piece; the updated document looks at this part of the process more closely.

The second major goal is to ensure the use of “critical-to-quality” factors when developing a study. “As you review this draft guidance before it becomes finalized, you’ll see many references to the critical-to-quality factors and to the management of risk,” Sam says. “This begins at the very beginning, the discussion on the importance of quality throughout your planning and design activities, this quality-by-design framework.”

The third goal is to address the increasing diversity of clinical trial designs and data sources. In the past, data was gathered from patients via direct patient contact, generally using a case report form (CRF), Sam explains. With ever-expanding technology now available, however, data can be retrieved and accessed in many different ways. For instance, researchers may use health records, medical records, electronic systems and other options, including wearable medical technology.

As a result, the industry has seen increased diversity in clinical trial design; the revised guideline describes some of the possible designs and data sources that may be used. As part of these descriptions, the study also strives to describe aspects of different study designs that researchers can use to help determine factors that are critical to data quality and integrity, patient safety, reliability of study results and a study’s ability to meet its objectives.