Home » Remote Monitoring, Other Pandemic Adjustments Have Led to Hike in Site Costs

Remote Monitoring, Other Pandemic Adjustments Have Led to Hike in Site Costs 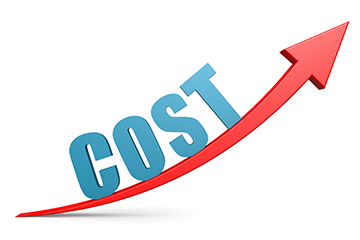 The issues posed by the COVID-19 pandemic have led to a roughly 30 percent increase in site costs, with much of the increase stemming from sites being forced to quickly adopt remote monitoring and other measures in response to the crisis, experts say.

“There’s been teams that … when I attempted to take their pager and replace it with an iPhone, I had to give a 45-minute training class on how to use smartphone technology,” she said during a WCG Clinical webinar last week. “This is a real thing and then it’s a real cost. Anything that the sponsors can do to assist sites with getting up to speed I think is going to benefit us all.”

Gatewood noted that most site budgets were designed for onsite monitoring, not remote monitoring, leading to unplanned funding for the latter.

Sites have seen elevated costs in other areas as well as a result of the pandemic, including invoiced items, personnel costs and overhead costs, said Brooke Millman, WCG Clinical’s vice president of site contracts and budgets.

“The nonprocedural costs that we’re seeing associated with site budgets along with the site costs themselves have increased roughly about 30 percent on average since March,” she said.

Costs for invoiced items — such as patient reimbursement for travel and lodging required by more individualized travel — have shot up 50 percent, according to WCG Clinical data, Millman said. For example, the current median rate for patient travel per visit is $50, and that number is anticipated to double as travel options, such as mass transit, become limited due to pandemic constraints, she said.

Personnel costs have risen 20 percent due to increasing costs for site staff time and effort, with study coordinators and principal investigators’ time increasing by about 10 percent each, according to requests from WCG-supported sponsors and studies. Additionally, site requests for overhead costs have increased between 5 percent and 10 percent, she said.

The costs incurred by sites will likely continue to change because of the fluid, changing nature of the pandemic, Millman said, noting that average per patient costs had spiked an additional 28 percent since WCG compiled the webinar data, shooting up to roughly $50,000 per patient.

“Something I think we all need to be mindful of is that we all expect that these estimates will fluctuate as we continue to monitor industry trends, and likely will vary heavily by region, country and site as we move through the recovery phase,” she said.

Rising costs due to remote monitoring is likely the biggest challenge sites face. George Kourtsounis, Bristol-Myers Squibb (BMS)’s director of clinical trial contracts and grants, said that his company has seen a high number of remote monitoring requests related to setup and trial duration during the crisis.

“The position that I’m seeing across industry is certainly that that can be encapsulated on the site level by either an administrative startup fee or putting it into the individual overhead component,” he said.

Sites with budgets designed for traditional monitoring can run into challenges when using remote monitoring, however, as the traditional way requires less time and effort, according to current data, he said.

“We’re running into a potential risk in terms of compliance,” Kourtsounis said, “because if we’re already paying for a budget on the assumption of traditional monitoring and the industry is telling us that remote monitoring is less invasive and less time-consuming, then how can we justify paying in the event of an audit or an additional remote monitoring piece?”

BMS has also seen increased requests for electronic medical record (EMR) agreements during the pandemic, the executive noted. He suggested that as the industry moves toward incorporating more technology into its approaches, it should look at how it handles those types of agreements. That could involve broadening confidentiality provisions or making them more explicit within clinical trial agreements so that EMR agreements are not needed. He added that with increased use of EMRs, sites should keep privacy concerns in mind — especially in the EU where data protection regulations are strong — in addition to IT security concerns.

In addition, a large number of sites have asked for reimbursement for personal protective equipment (PPE). The costs vary widely depending on jurisdiction, availability and supply chain concerns, he said.

Alongside the use of PPE as an added safety measure, sites have been administering COVID-19 tests to protect those involved in their trials from potential infection, another previously unexpected cost that has raised questions about who should pay it. Kourtsounis says it depends on the situation; the sponsor should cover the costs if it’s for an adverse event, but protocol-mandated testing should be paid for by sites, he said.

“The principle really that I’m seeing across industry is if it’s being required for everyone that walks through the door and it’s not specific to research, then that should be … borne by the site because, whether they were participating in research or not, those are the security protocols and procedures that the sites would need to enforce,” he said.

Kourtsounis said that while the industry may need some more time getting settled in to the new landscape carved out by the pandemic, overall, he thinks it will come out better than before.

“I think what we’re seeing a lot with the study coordinators is everyone is adjusting to a new way of working,” he said. “Things are just going to take a little bit longer period of time, even though downstream, I believe that we’re going to be more efficient, more transparent as an industry.”