Home » Human Challenge Studies Could Be Worth the Risk, Bioethics Expert Argues

Human Challenge Studies Could Be Worth the Risk, Bioethics Expert Argues 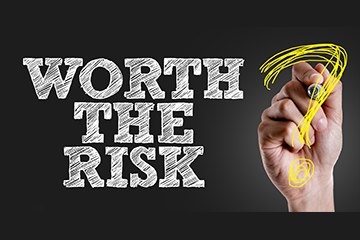 The severity of the COVID-19 pandemic could justify the use of human challenge studies in vaccine development, and their careful use may be worth considering if they’re conducted the right way, a medical ethics expert argued.

“This plague is killing so many people, and if we wait a couple of years for natural infection and to get an answer to the question of ‘does it work’ and ‘how effective is it’ and ‘how safe is it,’ there will be many, many deaths occurring all over the world while we’re waiting,” contends Arthur Caplan, a medical ethics expert and professor of bioethics at New York University Langone Medical Center. “You’ll have fewer people at risk if you deliberately do the challenge study. I think the stakes are so high, the impact on the world is so huge, and morally, what I might normally say is not defensible, I think becomes defensible.”

Even with a historic number of companies working on vaccines — with more than 100 having announced vaccine development programs so far — the completion of a vaccine takes a long time because of how vaccines are tested, which involves testing animals and human volunteers first, followed by vaccination of large numbers of people.

“Then we send thousands of people back out into the world to wait for nature to infect them to see what happens, to see whether they get protected or whether they suffer adverse events, says Caplan, speaking at a WCG Clinical webinar last week. “The point is, you’re waiting for natural infection to get an answer both about safety and efficacy, and that can take years,” he said.

Although challenge studies are ethically controversial, Caplan argues that it could be worth the risk of intentionally giving the coronavirus to patients and justified when you look at the alternatives.

To make challenge studies morally defensible, Caplan recommended that researchers only select healthy adults aged 20 to 29 that have consented to the study due to their lower risk of death or hospitalization from COVID-19. The participants must freely and voluntarily choose to enroll and must clearly understand what could go wrong. Caplan also recommended against paying participants.

“There are a number of obstacles that you have to overcome, even if you find an agent that looks … useful or hopeful,” Caplan said. “Let’s remember, we’ve been hunting for an AIDS vaccine for about 30 years and we haven’t found one.”

According to vaccine experts, challenge studies could shave six months to a year or two off the time it would take to study a single vaccine, Caplan said.

“Remember, studying the first vaccine may not work, so challenge studies would speed the process if we had to go through many candidates to find one that was effective enough or safe enough,” he added.

Caplan stressed the importance of obtaining hard data for safety and efficacy, whether from challenge studies or standard methods. If something were to go wrong with a COVID-19 vaccine, he said it could turn many already skeptical people completely against vaccination.

“I think you get one chance at this. I think getting the best data possible, quickly … is crucial if we’re going to be able to vaccinate our way out of this plague,” he said.

Even after a potential vaccine is discovered, Caplan pointed out many hurdles that must be cleared. He named vaccine effectiveness, duration, distribution, cost and safety as issues that must be dealt with after a potential vaccine is found. For example, a vaccine will need to be manufactured in huge amounts — possibly billions of doses — with high-quality control as well, and then distributed. Production and distribution become even more complex if the vaccine requires more than one shot, such as the HPV vaccine for cervical cancers and the flu vaccine, which is administered annually.

He also noted that many vaccines are not completely effective — such as the flu vaccine, which is only effective 40 percent to 60 percent of the time during a good year and often ineffective in the elderly, he claimed.

Caplan also said he is skeptical about the sky-high goal of having a working vaccine available for use by 2022 or sooner despite an unprecedented number of companies and institutions jumping into the fray, claiming that historically, it’s never been even close to accomplished.

“The goal of having a vaccine available quickly is one that I’m going to say I’m afraid I don’t think it’s going to happen, even with this massive effort and a lot of money being poured in,” Caplan said. “The usual timeline for getting a vaccine developed is closer to 15 to 20 years; the fastest vaccine I’ve ever seen developed is six years. It takes a long time.”

Meanwhile, some progress on the treatment front has been made with Emergency Use Authorization granted to Gilead Sciences’ remdesivir on May 1. Anu Osinusi, Gilead Sciences’ executive director of research for emerging and respiratory viruses and leader of its research for remdesivir, spoke during the webinar as well, saying the company’s key considerations for remdesivir development focused on which populations to study first, which endpoints were clinically meaningful and what the utility of viral load testing was.

She discussed the various endpoints for the company’s trials of the drug (see table below).

Osinusi said that further research is still needed in viral load testing. Questions remain, for example, about viral shedding and its relation to the clinical picture.

“We see all these reports of people that recovered but they’re still shedding virus after. What does that really mean?” she said.

Research has made it clear that results have varied based on the assay used, specimens collected, quality, timing in illness and mutations, Osinusi said, advising researchers to look at the optimal timing and type of clinical material to sample. She noted that Gilead’s remdesivir trials all required participants with pneumonia.

“Whether it’s mild or moderate or the severe disease, you have to have radiographic evidence of pneumonia,” she said.

She added that while a lot of analyses or data with viral loads have been obtained using nasopharyngeal or oropharyngeal samples from the upper airway tract, researchers have also been looking into sputum samples.

“For an antiviral … as people get more severe and acute respiratory distress syndrome (ARDS) kicks in, there’s a lot of other stuff going on that’s not just the virus itself,” she said. “I think as more information has come out about COVID-19 itself and some of the symptoms on things that we’re seeing, it’s clear that there are multiple factors, mechanisms in play with this disease.”