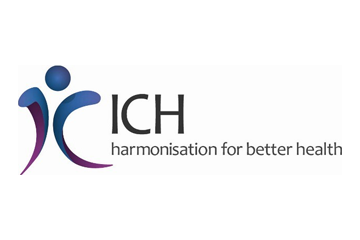 Just two years after releasing a major revision of its good clinical practice (GCP) guideline, the International Council on Harmonization (ICH) is planning a new update that would require additional adjustments from sponsors and sites that still may be trying to catch up with the first revision. Surprisingly, the COVID-19 pandemic could end up making that task easier.

ICH announced in November 2019 that it planned to again revise ICH E6 — Good Clinical Practice, to fill gaps in areas of the guideline that were not addressed in a 2016 revision. ICH’s announcement that it would revise E6 again caused consternation within an industry still grappling with challenges presented by the 2016 revision, known as E6(R2).

The introduction in E6(R2) of risk-based management and quality tolerance limits (QTLs) caused the biggest problems, Crissy MacDonald, vice president of client delivery at life sciences consulting firm The Avoca Group, said at a CenterWatch webinar last week. She noted that difficulties in these areas could, in fact, greatly affect individual organizations’ ability to comply with the upcoming E6(R3).

According to a poll of 188 industry representatives attending the May 5 CenterWatch webinar on the forthcoming E6(R3) guidance, a mere 8 percent have successfully completed adoption of the current E6(R2) and 17 percent were less than halfway through that process. Another 31 percent reported they were 75 percent to 99 percent through adoption and 22 percent said they were 50 percent to 75 percent finished.

“I believe that COVID-19 has really changed how rapidly the adoption of these technologies can be completed,” MacDonald said. “And this can help us adapt from E6(R2) to E6(R3).” The past few months of pandemic conditions have given the clinical trial industry new tools, resources and confidence in applying them, she added.

Technology and clinical trial design approaches have been undergoing rapid changes in the past few years, and the industry has been working to make technology part of trial execution and to increase efficiency. And the pace at which drug sponsors and researchers adopted and adapted to new technologies and approaches increased exponentially when the existing site-focused system was challenged by COVID-19.

COVID-19 has changed the risk profile for many new technologies and study designs, MacDonald said. In essence, the risk-benefit profile of some approaches has undergone a “COVID shift” as industry was forced to adopt them to ensure some sort of business continuity.

“What used to seem too much a risk, too much unknown, is now required if you don’t want to stop your trial,” MacDonald said.

ICH released a concept paper that provides an outline of what drug sponsors and clinical investigators might expect from E6(R3). According to that paper, the guidance will be rewritten and reorganized with the primary objective of addressing the complexity of clinical trials in a global regulatory environment; it will outline how GCP principles should apply to increasingly diverse trial types and data sources. The concept paper also indicates the new guidance will encourage flexibility whenever appropriate to facilitate incorporation of useful technological innovations and address specific complexities of clinical trials.

ICH E6(R3) will come out in two phases. The main guidance covering the overarching principles and objectives is expected to come out sometime between May and December 2021. Accompanying it will be Annex 1, covering traditional interventional clinical trials. At that time, work on a second annex will begin. Annex 2 will cover nontraditional clinical trials, such as pragmatic and decentralized studies, as well as those incorporating real-world data (RWD).

Rapid technology development over the past decade, and even more so in just the past few years, is a primary driver behind the decision to update ICH E6 so quickly after the latest revision, according to the ICH concept paper.

That paper indicates that the new E6(R3) guidance will allow more rapid and flexible incorporation of new technologies into the clinical study and drug approval application process, said Steve Whittaker, senior consultant at The Avoca Group.

Historically, regulators have been reluctant to accept data generated by unfamiliar records and so the industry has been slow to adopt new technologies or study designs that might hinder their ability to get new products approved due to regulator discomfort with how the data was generated.

A question is whether regulators — historically precedent-driven — can effectively accept and incorporate novel technologies. Whittaker suggested that the announcement of E6(R3) coming so soon after adoption of E6(R2) indicates that regulators recognize weaknesses in the traditional approach and are attempting to adapt. Industry’s rapid adaptations in the face of COVID-19 restrictions may also be helping regulators become more comfortable with — or at least more accepting of — faster technological change.

And that is a concern to drug sponsors and researchers. According to the poll taken during the May 5 CenterWatch webinar, the most significant barrier to implementing new technologies within the clinical trial industry is uncertain regulatory acceptance. The expense of new tech and unknown risk-benefit profiles are also seen as challenges.

Another driver behind the planned update has been the relatively rapid issuance of guidance by multiple international regulators on such key topics as risk-based quality management and monitoring, and quality by design (QbD). The November 2019 concept paper lists several documents ICH will consult as it drafts the new E6(R3), including:

The industry can expect all of the features in E6(R2) to roll over into the upcoming new revision, Whittaker said. Some of the highlights include quality management and incorporation of QbD principles; although the latter were originally developed for GMP purposes, they are applicable to GCPs as well. Risk identification, evaluation and minimization — with emphasis on those risks that would affect patient safety and/or data integrity — will likewise remain a priority.