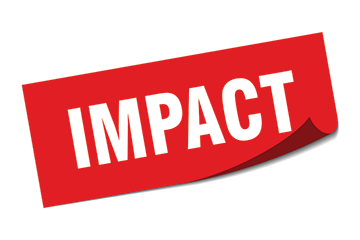 The upheaval in trials caused by the COVID-19 pandemic should result in an increased number of options for trial participants, greater support for increasingly complex trial protocol designs and more collaboration among sponsors.

“This pandemic has been a springboard for adoption” of adaptive measures. “I believe that some of these changes will have a long-term impact,” said Ken Getz, deputy director and professor of the Tufts Center for the Study of Drug Development (CSDD), during a WCG Clinical webinar last week.

The widespread scramble to adopt remote and virtual approaches in response to COVID-19 will have an effect on how future studies are conducted, Getz predicts. He believes that sponsors and CROs will increasingly work to offer more options to their study participants now that researchers have grown more comfortable with remote measures. Similarly, he believes there will be a greater number of hybrid clinical trials that feature greater use of remote monitoring and risk-based assessments, as well as a wider use of self-administered procedures and diagnostic assessments.

“Now that we’ve experienced how to provide these capabilities and we’ve engaged a broader collaborative community, we can scale those offerings more flexibly and with more support behind them,” he said. “Sponsors, now that they’ve had a taste of broader use of remote and virtual approaches and a variety of technologies … we can expect to see interest on the part of sponsors and CROs to offer more options to study volunteers.”

Getz also said that trial protocol designs have seen a sharp rise in complexity in the past 10 years due to greater data collection for an increasing number of additional endpoints. He expects that trend to continue, but it is likely to be supported in the future by a greater use of “scaled and flexible” digital technology, machine learning and analytical approaches, as well as increased collaboration, which has been a huge component of the pandemic.

“We will continue to see, I believe, companies looking to test and challenge the traditional randomized controlled clinical trial,” he said. “And we’ll anticipate seeing more of these master protocols and platform and umbrella trials that rely on collaborative designs with many more co-development partners that are sharing development risk and also sharing resources to support a faster-running clinical trial activity.”

“Not only are our protocols getting far more complex over time but we’re collecting so much more data to support them,” Getz said. “The data that we collect has really grown dramatically, most notably in the non-core area.”

Over 10 years, overall protocol data has spiked 183 percent, CSDD found in its research. While core data has risen 83 percent and subjective assessment data has gone up 133 percent, the amount of non-core data has surged a whopping 234 percent.

Diversity of data has also risen dramatically, with data being sourced from the use of smartphones, wearable devices and mobile health technology, as well as through the collection of clinical outcomes, patient reported outcome assessments, and electronic health and medical records. Also, the addition of real-world data and evidence to clinical trial data is being more strongly considered by companies, in many instances for label extensions.

Complexity has an inverse relationship with performance, Getz said; the more complex protocols are, the worse they perform, such as in recruitment effectiveness. Complexity is also strongly linked to higher numbers of protocol amendments, with the average amendment adding three months of additional time to a phase 3 study and about half a million dollars in direct implementation costs.

“That’s really important as a major driver of our cost and our speed challenges,” he said.

The top amendments, he said, are those made to loosen eligibility criteria when there are difficulties in finding and recruiting study participants.

Nearly half of all sites in the modern clinical landscape under-enroll or fail to enroll a single patient despite a very high public willingness to participate in studies, he said, with nearly 60 percent of patients choosing not to enroll following informed consent review, largely due to the expected burdens of participation.

“Patient recruitment and retention rates are the lowest that they have been,” he said. “That high level of willingness and relatively frequent interaction with promotion … does not translate into participation.”

In all, Getz said that twice as much data is being collected today compared to 10 years ago, with well over a million datapoints for a phase 3 study. The need for so much data mainly stems from data-collecting procedures for non-essential activities — the tertiary, miscellaneous and exploratory endpoints.

Getz additionally said he expects more pre-authorized and conditional trials accelerated by an increased reliance on data from real-world clinical care settings. Investigational treatments that have known safety profiles will be monitored at clinical care settings and select investigative sites, he forecast, and such an approach could be incorporated into protocol designs to potentially speed up treatment development timelines.

With regulators being forced by the pandemic to go against the grain for standard drug development practices, Getz believes it’s possible the FDA and European Medicines Agency (EMA) will retain some of their current flexibility even after the crisis is over. There’s already signs of that, he said, with the agencies’ “transparent encouragement” for patient-engaged and more flexible trial activities and their improved communications and interactions.

“We’d like to think, and we can anticipate that as a result of the pandemic, regulators have been pushed to challenge some of the legacy drug development practices, and that they’ll take a more mature and openminded approach in the future,” Getz said.