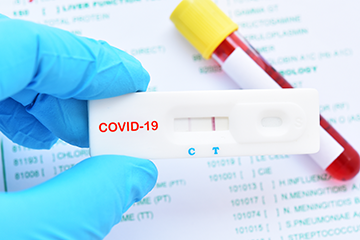 Former FDA Commissioner Scott Gottlieb said he expects the U.S. to become capable of conducting broad screenings this week due to the FDA’s emergency approval of Roche’s coronavirus test. When those capabilities are realized — enabling tens of thousands of patients to be tested daily — “we’re going to turn up a lot of new cases,” he said.

Gottlieb said he believes a vaccine for COVID-19 — caused by a virus he said could be “a once-in-a-generation pathogen” — will take two years to become available for public use.

“We have to be realistic and believe that a vaccine is probably … two years away. I think a year is ambitious,” he said. “Maybe within a year and a half we might get lucky.” Gottlieb spoke Friday at a WCG Clinical and Accumen-sponsored webinar.

Gottlieb did express hope in getting a treatment drug to patients sooner, citing Gilead’s attempted repurposing of its antiviral remdesivir. The drug, which is in phase 3 trials in China and a phase 1 trial in the U.S., could be ready in the fall if it works, he said, though he noted that it is difficult to manufacture.

Similarly, Regeneron’s experimental coronavirus treatment, a monthly injection as a prophylactic, could possibly be ready by August for use by frontline healthcare workers and compromised patients, such as those going through chemotherapy.

He was somewhat critical of the U.S. response to the outbreak, saying “some of the things that [the U.S. is] doing now, perhaps we should have done six or eight weeks ago, getting the large clinical labs like LabCorp and Quest in the game, getting the academic labs in the game, but we are where we are. “

Dr. Paul Biddinger, Massachusetts General Hospital’s chief of emergency preparedness, said in the webinar that the differences between COVID-19 and other coronaviruses makes it a more formidable foe.

“The disease is clearly spread by both asymptomatic individuals as well as by individuals before they begin to feel ill, which is a characteristic of influenza. That makes it much more difficult, I would argue impossible, to control with public health measures directly,” Biddinger said.

Gottlieb recommended that the U.S. develop a “more consistent approach” to enacting social distancing and mitigation steps — such as working from home, closing schools and calling off large events. Such actions can help address one of the main concerns of the crisis — the virus’ impact on the country’s healthcare system, which could be overwhelmed if steps aren’t taken quickly.

“We really need a more systematic approach and we need to lean forward and be far more aggressive right now on these things,” Gottlieb said. “Right now, you see an ad-hoc approach among states and localities, and even among businesses, where some states are being very aggressive … and then some states haven’t been as aggressive.”