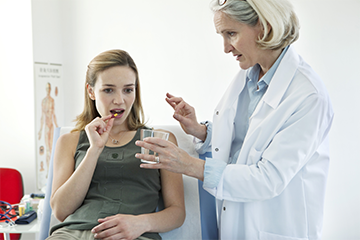 The number of women who participated in clinical trials that led to FDA drug approvals increased dramatically in the past year, rising from 56 percent of trial participants in 2018 to 72 percent in 2019, driven more by an increase in testing drugs specifically aimed at women than gender diversity.

Overall, 46,391 patients participated globally in the trials that led to the 48 novel drugs approved by the FDA in 2019, according to a new report from the FDA’s Center for Drug Evaluation and Research. Forty percent of trial participants in 2019 were from the U.S.

Seven of the approved drugs were tested only in the U.S., including trials for schizophrenia, acute migraine and irritable bowel syndrome. Four trials had no U.S. participants, including studies of narcolepsy and tuberculosis.

Trial participation in 2019 mostly held to previous years’ racial/ethnic distribution, with slight deviations. The representation of African Americans was 9 percent, down from 11 percent in 2017 and 2018, but up from 5 percent in 2015 and 7 percent in 2016.

Trial participation by age has varied over the past five years, with patients age 65 and older making up 37 percent of trials in 2015, 21 percent in 2016, 32 percent in 2017, 15 percent in 2018 and 36 percent in 2019. The variation, the agency suggests, is due to the number of rare disease drugs, which usually focus on younger patients, approved each year.

CDER created the Drug Trials Snapshots initiative to share information on the diversity of participants in clinical trials and the extent to which safety and efficacy data is based on demographic factors such as sex, age, race and ethnicity. CDER posts snapshots of individual drugs online as soon as they are approved.