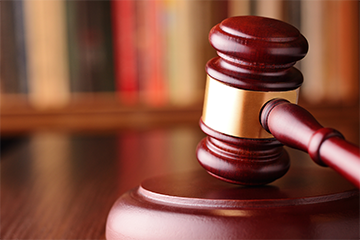 Calling an HHS interpretation of a final rule on a 2007 law “unlawful,” a federal judge ruled last week that the results from up to 12,000 trials not reported to ClinicalTrials.gov will have to be added to the trial database.

The ruling centered on a clause in a 2017 final HHS regulation that the judge said effectively created an exemption for drug- and devicemakers to post their trials, saying that “pre-rule, pre-approved (applicable clinical trials)” were not subject to the ct.gov posting requirement. “HHS’s contrary interpretation, which the agency announced in the preamble of the Final Rule, is unlawful and must be set aside,” the judge wrote.

“The Court accordingly finds that the FDAAA unambiguously requires responsible parties to submit, and defendants to include on ClinicalTrials.gov, Basic Results for pre-rule, pre-approval (applicable clinical trials,” the ruling said.

Basic results are defined as demographic and baseline characteristics of a trial’s patient sample, primary and secondary outcomes, a point of contact for scientific information about the trial’s results, and whether there is an agreement between the sponsor and the principal investigator (PI) that restricts the PI’s ability to discuss or publish the trial’s results after its completion.

Buchwald did not state in the ruling how quickly the results will need to be posted to ct.gov. FDAAA allows the government to fine sponsors who fail to submit their results $10,000 a day, although no fines have been levied to date.

HHS could appeal the court’s ruling. But for now, HHS is saying that it is “evaluating the Court’s decision with the Department of Justice to determine our next steps.”

The suit, Charles Seife and Peter Lurie v. HHS, et al., was filed in the U.S. District Court for the Southern District of New York.