Home » Focus on Skills Rather than Roles or Systems in Training Trial Pros, Experts Say

Focus on Skills Rather than Roles or Systems in Training Trial Pros, Experts Say 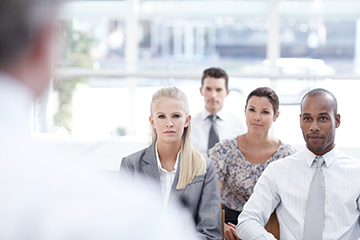 “I love the idea of being able to train people, and I think the direction of that training is moving from being system- and role-based to being skill-based,” said David Burrow, director of the office of scientific investigations and office of compliance at the FDA’s Center for Drug Evaluation and Research.

Teaching someone just one tool, technology, or process without the associated skills that help that person navigate these items, he added, is training that is not extensive or scalable for the longer term.

Jim Kremidas, executive director of the Association of Clinical Research Professionals (ACRP), said there are three key elements that play a role in improving site performance: technology, processes and training. Training, he says, may be the most important element in terms of predicting and improving site performance. “People don’t typically go to college and dream about entering this industry and becoming a clinical researcher,” he said. “Rather, people are trained into the roles they play, but there is no consistency in processes, especially at the site level.”

Kremidas noted that approximately 17 percent of study coordinators in the ACRP database don’t have a four-year college degree, whereas 10 percent of coordinators have PhDs. “That’s not to say one is better than another,” he said, “but it does suggest that there’s currently a great deal of variance in terms of the qualifications of most study coordinators.” Kremidas added, “When we start talking about how to predict site study performance, we’re going to suggest that we need to look at the site staff beyond the PI.” The regulatory definitions for training currently remain arbitrary, and the qualifications necessary for study coordinators are virtually nonexistent.

Sites should be more diligent about checking to see if coordinators are certified by either the Society of Clinical Research Associates or ACRP. If sites do that consistently during feasibility assessments, he said, the industry will begin to see more people move toward getting certification. “Plus,” added Kremidas, “certification of study coordinators and/or the PIs is typically associated with faster study startup, faster enrollment and fewer protocol deviations.”

In terms of site quality assessment, Jonathan Rowe, associate principal at ZS Associates, suggested that staff retention could be an important predictor. He and his colleagues at ZS recently examined over 700 studies to identify characteristics that drive study quality and risks. Study attributes included in the model were study therapeutic area, phase, participant count, protocol deviations and protocol amendments. “When it comes to predicting site quality, one of the things that really stood out to me in this model was staff turnover,” said Rowe, “which was not just at the site but was also at the level of the CRO and the sponsor.”

According to Rowe, risk management represents an essential component of better-performing sites. “We should be developing risk plans and communicating these plans between sponsors, CROs and sites,” he commented. Burrow echoed Rowe’s statements, suggesting sites should have systems in place that can detect risks and can correct errors in real time. “I love the idea of making errors more visible at sites,” he added, “because that often means they will be quickly addressed.”