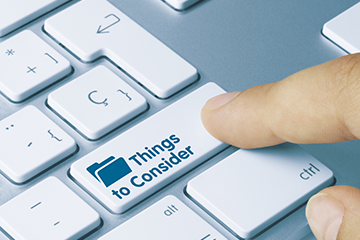 When it comes to deciding how to compensate principal investigators (PIs), sites have three factors to consider and getting them wrong carries a high cost, says one expert.

The first challenge is determining the fair market value of the work performed, says David Russell, director of site strategy at WCG PFS Clinical. “There’s not an answer that you could just go to and say ‘what is a fair market value for a particular specialty,’” Russell says.

The days of offering enrollment incentives to PIs are in the past, Russell says. “There shouldn’t be anything that would be viewed as an incentive to enroll more patients than what would normally qualify.” If a PI is paid above fair market value, the institution providing the payment runs the risk of federal scrutiny for possible violation of the Stark Law.

The Stark Law prohibits physicians from making referrals for Medicare-payable services if the physician or an immediate family member stands to gain financially. And it prohibits the organization employing the physician from billing Medicare or other payer for those services.

To protect itself from Stark Law violation, Russell says an institution must set up a personal service arrangement—a PI payment agreement—with a PI that specifies the services covered by the compensation and sets the level of compensation in advance. The key to this Stark Law exception is avoiding basing compensation on the volume or value of referrals or other business generated between the parties, he says.

The third consideration in determining PI compensation is the federal Anti-Kickback Statute (AKS). “This is really where I think your principal investigator is going to be the most interested because this is a criminal statute that is on the books.”

The statute is similar to the Stark Law, Russell says, in that it prohibits “knowing and willful” solicitation, receipt or offer of remuneration for referring, recommending, leasing or ordering of items or services to Medicare or Medicaid beneficiaries. As with the Stark Law, there is a “safe harbor” institutions can use to avoid criminal charges. If the activity is within the parameters of a written and signed personal service agreement and holds to fair market value, it is allowed, he says.

The provision in the anti-kickback safe harbor that institutions often miss, according to Russell, is that the agreement has to be for no less than 12 months. Even if a trial will last only six weeks, he says, the agreement still has to be for 12 months and terms can’t be changed in that period.

The penalties for violating either the Stark Law or the anti-kickback statute are steep, Russell warns. Stark Law penalties can range from simply being denied payment for the designated health service to complete exclusion from the Medicare or Medicaid program and/or state healthcare programs. Monetary penalties can be high enough to break an institution. They start at a fine of up to $15,000 for each service that an institution “knows or should know” was provided in violation of the law. Other fine amounts could be three times the total amount of the improper payment received from Medicare or up to $100,000 for each effort to circumvent the law.

Penalties for anti-kickback violations could include fines, jail terms or exclusion from participation in federal healthcare programs. PIs who accept kickbacks could be fined up to $50,000 per kickback plus three times the total amount of the money received.

Russell recommends explaining the consequences of crossing these lines to PIs who push for increased compensation. “When you feel as an institution that would put you outside the parameters of your fair market value, you probably need to go over the anti-kickback statute and the Stark Law with the physician just to tell him what those ramifications are because it affects him or her specifically.”