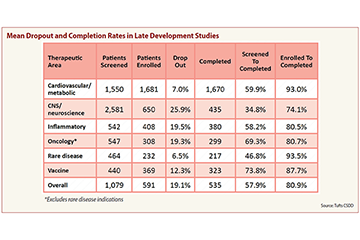 Global trial recruitment rates have been on an upward swing over the past seven years, thanks to new techniques designed to make patient participation easier, but the benefits have not translated to trials’ ability to retain patients.

Patient involvement in protocol development, mobile data collection devices and virtual trials all have contributed to improved recruitment metrics since 2012, says the Tufts Center for the Study of Drug Development (CSDD) in its latest impact report. CSDD collected data on 87 trials from four top-20 pharma companies and one global CRO.

The study also found that recruitment approaches were fairly traditional. The three most effective strategies cited by respondents were patient outreach through traditional or digital media, chart reviews and trial-matching services.

Trials in North America had the highest planned-to-actual enrollment ratio, and both North American and Asia/Pacific trials achieved an activation rate of more than 85 percent. Of all sites studied, 87 percent of proposed early-stage trials and 85.7 percent of late-stage trials were able to begin recruiting. 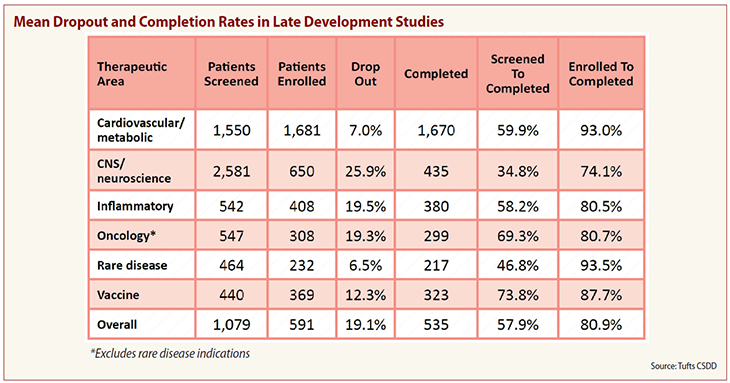