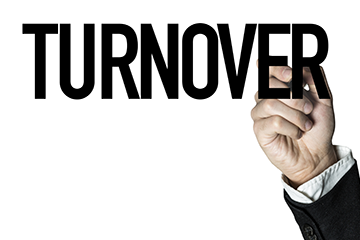 Nearly 30 percent of CROs’ clinical research monitors in the U.S. left their jobs in 2018, a 4 percentage point jump over previous years, according to a new global workforce survey.

CRA turnover had hovered around 25 percent from 2014 to 2017 but shot up to 29.4 percent in 2018, says a report from consulting firm BDO USA. By comparison, the general industry turnover rate in the U.S. is approximately 19 percent per year.

Foreign CROs fared better than their U.S. counterparts, the survey found, with only 16.3 percent turnover in 2018, possibly due to smaller countries’ less intense travel requirements. Countries matching the U.S. in turnover rates in 2018 were Ireland at 33 percent, China at 32 percent and Sweden at 30 percent.

A major factor in the overall high rate of turnover is lack of salary growth. CROs’ compensation increases have mostly held steady at about 3 percent annually and generally have not matched growth in employee experience. Salary increases on average actually declined to 2.9% in 2018 and 2019 after rising 3% in 2016 and 2017 while general industry increases rose to 3.2% in 2019 and 3.1% in 2018.

“CRAs typically have a steep learning trajectory early in their career, which makes them very valuable after a few years of hands-on experience,” the report says.

CRAs with three to five years under their belts are likely to have reached a skill level that outpaces their paychecks. “Unsurprisingly, many of these employees view switching companies as their best career choice.”

The report also cites CRA burnout from long hours and extensive travel, as well as an increase in merger and acquisition activity, which “disrupts relationships and creates uneasiness among employees.”

The cost of CRA turnover can be difficult to estimate but sourcing, recruiting and onboarding expenses make up about 33 percent of annual employee earnings. “Harder-to-measure costs include productivity interruptions and loss in knowledge/intellectual capital,” the report says.

In addition, “high levels of turnover may deter sponsors from engaging in a strategic partnership” with a CRO.

The report points to retention efforts some CROs already are making, such as reducing “travel fatigue” by offering travel perks, creating opportunities to connect with colleagues and accelerating promotions.

“Quite simply, companies need to link the size of the raise to the increase in an employee’s contribution,” says Judy Canavan, BDO’s global employer services managing director.