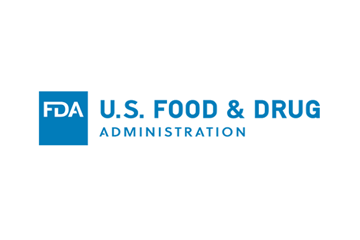 The FDA yesterday proposed broadening its definition of the standard of evidence for effectiveness of investigational drugs and increasing the range of acceptable trial design, especially in rare disease research.

In its first updated guidance in more than 20 years on acceptable trial design, the FDA said substantial evidence from a trial proving effectiveness could be gained from one trial instead of two, one adequate well-controlled trial plus confirmatory evidence or reliance on a previous finding of effectiveness from an approved drug.

The FDA has decided that in some cases the traditional two-trial model can be replaced by other types of trial designs more suited to the study of rare diseases. Although randomized, double-blinded, concurrently controlled superiority trials are regarded as the most rigorous trial design, five types of control are mentioned in the draft guidance: placebo, dose comparison, no treatment, active treatment and historical control.

“I think a lot of the reason [the FDA] issued it is because new therapeutic areas like rare diseases have led to situations where two trials aren’t needed,” Lindsay McNair, chief medical officer at WCG Clinical, said, adding that “one study might be more appropriate when the patient population is smaller, such as in rare diseases.”

But while the FDA may have been motivated by the needs of rare disease research, McNair said, the guidance applies to all development programs. “Two randomized trials is still the baseline standard though,” McNair said, it’s just that the FDA has now said that sometimes one trial is okay.

Sponsors of “all products in development need to think about what to build for efficacy when they submit marketing applications,” McNair added. “It makes FDA’s thinking more transparent because sponsors can know what FDA will consider rather than guess what they might accept,” said McNair.

Some trial designs have different considerations for proving efficacy than others, for example, a lack of blinding when using no treatment control could introduce bias, the guidance says.

In addition, the guidance says, externally controlled trials are usually reserved for specific circumstances, such as trials of diseases with high predictable mortality or progressive morbidity and trials in which the effect of the drug is self-evident, such as anesthesia.

Trial design alone, however, does not determine whether evidence from the trial is enough to establish effectiveness. Another consideration of a well-designed trial is endpoints, the guidance says.

The guidance discusses when it is appropriate to use the evidence from two trials vs. one trial plus confirmatory evidence or relying on previous findings of effectiveness of an already approved drug. However, FDA warns that there should be no single trial site that is the main contributor to the observed effect.

An example of confirmatory evidence could be real-world evidence in a disease area or other trials in that area to show the lack of effect seen in a control group in a randomized trial.

The guidance gives four more examples of when a trial for a new drug could prove efficacy with only one study:

The substantial evidence for a new population, different dose, regimen or dose form could also be based on the FDA’s previous finding of effectiveness of an approved drug when it is scientifically and legally possible, the guidance says.