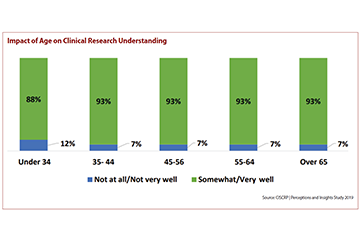 Sponsors should communicate with healthcare providers about the kinds of trials available and the populations they are looking for so doctors can match patients with trials. This is particularly important to older people, according to Jasmine Benger, CISCRP senior project manager for research, because “they value the relationships with their own doctors more.”

However, doctors are often leery of having their patients be involved in clinical trials because of their concerns about the safety of investigational drugs, says Annemarie Forrest, director of projects for the Clinical Trial Transformation Initiative. Benger and Forrest spoke last week at an Outsourcing Pharma webinar on the survey.

Younger people are more concerned about whether they will be compensated outside of work for their time, according to the survey. And younger people wanted to hear more about where the study would be published and any scientific findings that resulted.

Men and women approach participation in clinical trials differently. Women were less trusting than men of regulatory authorities and sites, Benger said. Women were also less confident in their own ability to find a trial right for them. When it came to understanding informed consent, arguably the most important document in a clinical trial, women, especially younger ones, on average were better able to read and digest informed consent forms than men.

Increasing participation in clinical trials is also about making things easier for the special populations that you are seeking to include. Women are often the primary caretakers of a family and could be unable to make multiple site visits, so sites should make things easier for them by providing early morning hours and opening doors on weekends.

“Women felt that they were the primary caregivers at home and could not return for follow-up assessments,” said Christina Brennan, Northwell Health vice president of clinical research. “Little things like that kept them from participating.”

Sponsors can also do a better job of removing the need to go to the site by including aspects of hybrid decentralized trial models that mix in telehealth visits, nurse visits or at-home monitoring through bio-wearables.

“What the data really show is that people truly need options, because everyone’s circumstances are a little different,” said Benger.

Something that might sway participants who are on the fence as to whether to participate in a trial might be as simple as making sure participants get the results of the clinical trials.

“We know it is important to engage with patients after the trial ends,” said Benger. “People are left with limited information at the end of a trial.”

Older people, however, preferred to know the benefit-risk balance, to receive a printed summary of the results, whether they had received a placebo, and if there were any other studies that they were eligible for.

Women specifically wanted to know if they were given a placebo and whether the drug was eventually approved. 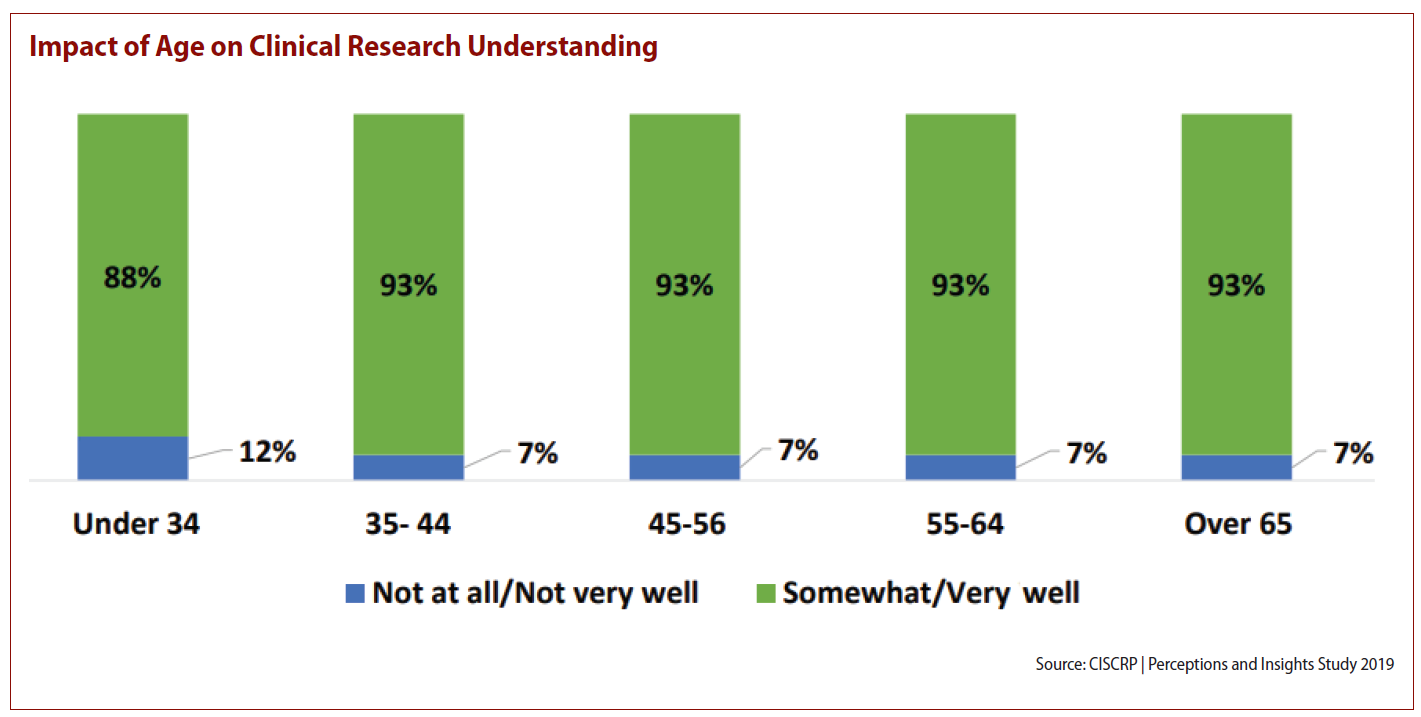