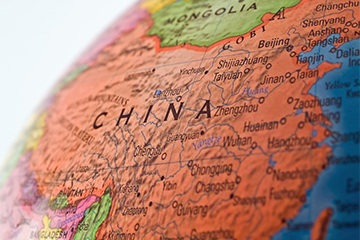 China is rapidly making headway in phase 1 clinical trials, although the U.S. remains the world leader in phase 1 through 3 trials overall.

The U.S. had 614 phase 1 trial starts, followed by 194 in China and 147 in the UK, according to 2017 data reviewed by the Association of the British Pharmaceutical Industry (ABPI).

China, however, is still struggling in later phase startups. China scored ninth place for phase 2 startups with only 122 new trials, and 11th place in phase 3 trials with 146. The report attributes the low ranking in late-phase Chinese trials to a lack of trained trial managers and an inefficient regulatory environment.

Although the UK might be a leader in Europe for early phase research, other countries like Germany, Spain, the U.S. and Canada all started more phase three trials in 2017. The U.S. led the pack with 528 trials. The UK lagged behind Germany and Spain in phase 3 trials.

China is also making headway in therapeutic areas ranked in the report. China started the second highest number of oncology trials across all phases with 236 in 2017, behind the U.S. at a dominant 866. The previous year, China started 192 cancer drug trials.

Spain was close behind China in 2017 with 226 cancer trials initiated, then France with 216, followed by the UK and Japan, both with 210.

For cardiovascular disease drug research, the U.S. led in 2017 with 222 trials initiated. The next two highest were Japan with 103, and Germany with 100 trials started.

For nervous system disease drug trials started, the U.S. was again the leader with 215 trials, followed by Germany with 66, and the UK with 61.

To combat the new rise in antimicrobial resistance in recent years, the U.S. started 139 trials for infectious diseases, followed by the UK with 48, and Spain with 40.