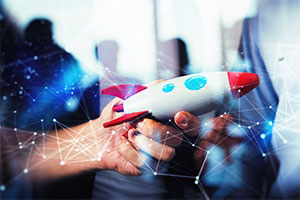 Mayo Clinic has cut its study start up times by two-thirds, thanks to administrative restructuring, staff education and new technology.

Through its Transforming the Activation of Clinical Trials (TACT) project, the clinic was able to bring study startup times down from 183 days in 2015 to an average 65 days in 2019.

And TACT is paying off in sponsor satisfaction. Thanks to the initiative, 82 percent of industry sponsors said they were either satisfied or highly satisfied with study startup times.

“We are being viewed very favorably from sponsors and CROS, and they have expressed gratitude,” said Julie Watters, senior project manager at Mayo Clinic.

In 2015, when the project began, “We were recognizing that it was taking too long to activate clinical trials,” said Watters. “And after our leaders identified this, we realized that over time the process for activating clinical trials had become more complex.”

Mayo’s newly formed Office of Clinical Trials, headed by medical director Adil Bharucha, restructured the study startup process to get financial, contractual and regulatory work done at the same time rather than sequentially.

Getting principal investigators (PI) involved early in the process was critical. But the office also added five new associate project managers to serve as quarterbacks for study startups.

“We make sure that we have a good blend of skills and knowledge” in project managers, said Watters. “We ensure variation throughout cross training, for example with early cancer vs. Car-T or other therapeutic areas. It’s a close-knit team that shares knowledge.”

“We do offer study coordination resources that can assist our study teams,” said Watters. “We also have research protocol specialists available to assist with study startup.”

According to Watters, it is crucial to have an operational owner once a project launches. In Mayo’s case, the Office of Clinical Trials became the owner of study startups and has successfully sustained gains for the past four years.

“Some advantages of the dashboard are that it makes people accountable, and by tracking metrics we can tell if any specific area needs adjustment,” said Watters.

The study startup teams also have a weekly phone call, which ensures that issues arising in the beginning of the startup process are dealt with before they become part of an ongoing protocol.

Another key advantage of using technology is a phone app created for communication with one of Mayo Clinic’s four centralized IRBs.

“Not only is it timely, but also very user-friendly,” said Bharucha. “As part of TACT, the IRB pre-screens protocols before they are submitted and walks study teams through the process.” The app is critical to get busy PIs to submit items even when out of town without a computer.