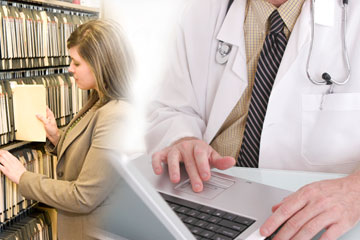 While CROs are gung-ho on some new technologies to manage trials, they still rely heavily on paper-based systems, a new survey shows.

Electronic data capture (EDC), electronic trial master files (eTMF) and clinical trial management systems (CTMS) are increasingly in use, but half of CROs responding to the survey said they still use paper to manage information exchange with sites.

Because most sites still store their trial data in regulatory binders rather than electronic systems, CROs’ ability to share information with their sites electronically is limited, the survey says. Most respondents, 96 percent, said they experience significant challenges with exchanging information with sites, according to Veeva’s 2019 Unified Clinical Operations Survey Report.

Seventy-one percent of respondents had issues with tracking and reporting paper documents, 59 percent with misfiled or missing documents and 48 percent with manual document exchange.

Attempting to overcome these hurdles, 93 percent of respondents said they use a standalone EDC system, 77 percent use an eTMF system, 71 percent a randomization and trial supply management (RTSM) system, and 70 percent a clinical trial management system (CTMS).

The number of CRO respondents using an eTMF has tripled since 2014, with 60 percent of CROs now using a purpose-built eTMF application. Over the past five years, eTMF has steadily replaced CTMS, according to the survey.

EDC, RTSM, and CTMS systems in use by CROs are all up from 2017, with EDC, which is the most heavily used, showing a 7 percentage point increase.

Since 2017, RTSM saw a 19 percentage point increase due to the complexity of protocol design, according to the survey, and CTMS use increased 12 percentage points as CROs aimed to reduce costs and improve study quality, the survey said.

Although new types of software can be used for many different parts of trials, they are particularly effective in study startup.

Study startup is actually slower today than it was a decade ago, and CROs are working hard to develop apps and purpose-built software to expedite the time that it takes to bring a drug to market. According to the survey, 86 percent of trials experience a study startup delay.

Only about half of CROs surveyed use CTMS, eTMF, or internally developed applications for study startup. For example, 28 percent of CROs use custom study startup applications, more than twice as many as sponsors.

To improve study startup, 60 percent of CROs say it would be best to reduce the use of spreadsheets and manual processes.