Home » Taking the Sting Out of Site Feasibility

Taking the Sting Out of Site Feasibility 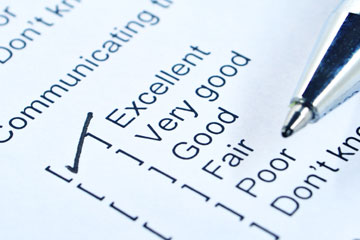 Multi-page feasibility questionnaires are high on sites’ list of experiences they’d rather avoid, but is there a better way to provide sponsors with the information they need?

Chief among site complaints is the fact that sponsors ask for the same basic information in every feasibility process, even if they’ve worked with the site before. Ideally, sponsors should keep that information on file, sites say. But failing that, sites can save time and effort by creating a site profile containing answers to the most asked feasibility questions.

Feasibility study experts from both sites and sponsors shared a variety of ideas and best practices with CenterWatch Weekly, ranging from simple fixes to eliminating the questionnaire altogether.

Sponsors should set sites up for success by communicating what they need with a few targeted questions, says Diane Carozza, vice president of clinical strategic solutions with WCG Clinical.

“You won’t get a site to answer a 40-question questionnaire,” Carozza says. What sponsors really want to know, she says, is “can you find the appropriate patient population for this study?”

“I think if sponsors can do a better job at highlighting what are the key criteria,” agrees Jennifer Sheller, associate vice president of clinical research at Merck, “that will kind of funnel those patients through in your study.”

Sites can prepare to educate a sponsor on the type of patients in its database, says Jonathan Zung, executive vice president of WCG Clinical. The most important questions sites should be ready to answer, Zung says, include:

Zung and Carozza advocate for replacing the static feasibility questionnaire with a conversation between site and sponsor.

The idea is for sponsors to have a more open discussion with sites and understand their perspective. Candid discussions help put sponsor and site on the same page regarding the protocol and patient populations available.

A phone call can provide more insight as to whether that patient population actually exists, Zung says. Calling can assuage some of the initial questions a sponsor might have for a site, or vice versa, he says.

A sponsor-to-site conversation is more collaborative, Carozza says. A sponsor’s feasibility specialists should be site relationship managers, she says. “I want them creating relationships with [sites] so when they’re calling you, it’s not just a nuisance.”

Sites will pick up the phone, Carozza says, because they know the sponsor is coming to them in the spirt of business partnership. “They’re bringing you business,” she says.

Sites often have just as much to say and questions to ask as the sponsor does, Carozza points out, and should be prepared to talk about their investigators, research interests and the attributes of their facility. Sponsors want the investigators to voice the opinion that there is some element of the study that fits their capabilities and interests, she says.

For sites, it all comes down to being transparent in their conversations with sponsors. Anything less than open and honest communication can be dangerous, especially since sponsors often know more about a site’s abilities than the site expects.

“Sponsor companies do a great deal of pre-feasibility,” says consultant Diane Hoffman, calling on her experience as a former associate director of clinical operations with Janssen.

“They do a great deal of research on the number of patients available,” Hoffman says, and “will know if a site tries to make a promise it cannot deliver on.”

Too many sites rely on rough “guesstimates” and only later realize how difficult it may be for them to recruit patients for a given study, says Sheller.

She acknowledges that sites may be reluctant to provide an estimate that seems low, but she emphasizes that a history of reliable enrollment estimates is an important factor that sponsors consider when evaluating potential sites.

And sites shouldn’t be hesitant to turn down a sponsor. “We’re happy if you tell us no, you know this trial is not going to work.” If you keep taking on unrealistic studies, Sheller says, you just end up burning out your staff.

Hoffman says sponsors also want to see, during the feasibility phase, that there’s buy-in from referring clinicians and that a site has the available resources to commit to a given study. “I think it’s important to find ways to show interest and commitment to the trial sponsor,” she says.

One way to do that is to stay in regular touch with the sponsors you work with, says Mark Ragusa, director of clinical research for Raleigh Neurology in North Carolina. Ragusa attributes some of his practice’s success as a clinical study site to a “regular cadence” of communication. These regular dispatches keep Raleigh Neurology on sponsors’ radars and keep them updated on the site’s core competencies.