“Only 15 out of the 40 universities assessed are in full compliance with U.S. trial disclosure law, while 25 universities are in violation of the law,” the groups say in a report issued last week.

There is gray area in the federal rules that require some, but not all, clinical trials to post results to the database ClinicalTrials.gov within a year of wrapping a trial. But the WHO has said that prompt reporting is a best practice. Failure to do so “is not a victimless crime,” UAEM and TranspariMED say in their report. “It has substantial negative consequences for patients, public health and access to medicines.”

In the UK, similar findings about unreported clinical trial data has led to parliamentary inquiries and even threats to drag university leaders before legislators to account for themselves. In addition to the U.S. and UK, European Union guidelines require drugmakers to post clinical trial data for any products registered with the EU. 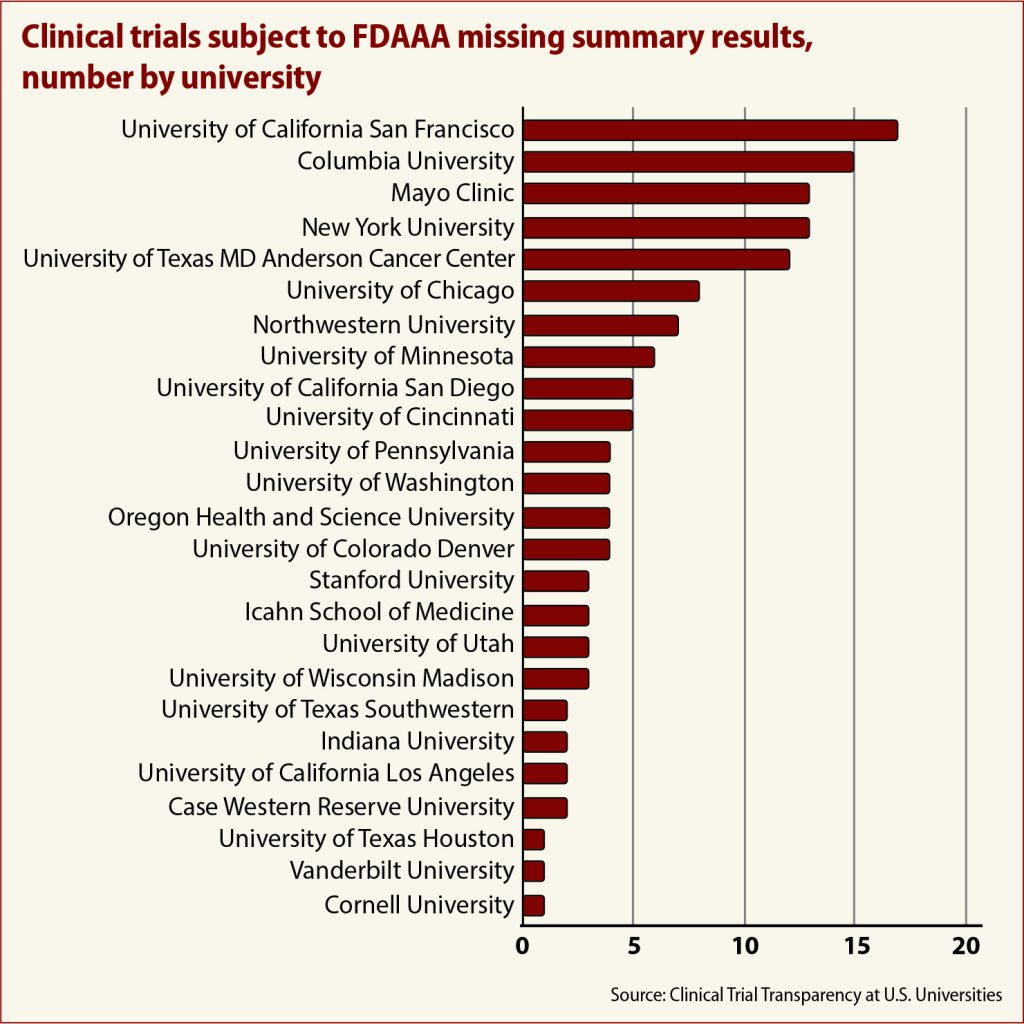 Those four academic centers, plus the University of Chicago, accounted for half of the unreported trial results, Essential Medicines and TranspariMED say.

Adil Bharucha, director of Mayo’s clinical trials, said the clinic is “currently reviewing” its case files “and will do whatever is necessary to close the loop.”

“Mayo Clinic makes every effort to be compliant with FDA clinical trial transparency requirements. We recognize the importance of sharing results with our patients and public and take this seriously,” Bharucha said.

The report also makes note of universities that have “put significant effort” into catching up with their reporting obligations, including Indiana University, University of North Carolina-Chapel Hill, University of Rochester, University of Pittsburgh and Yale, which all have cleared more than 85 percent of their backlogs as of February 2019.

To keep track of their data tracking responsibilities in the future, UAEM and TranspariMED recommend universities accept and implement the WHO standards for data transparency and commit to posting results within 12 months of trial completion for all trials, not just those required by U.S. law.