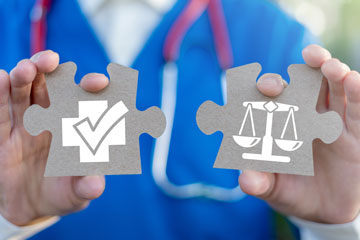 Defending against research misconduct is the responsibility of everyone involved in a trial, from the principal investigator down to the lowest lab technician.

Another warning sign, she said, is an investigator’s refusal to share raw data or detailed methods. And serious or recurring episodes of non-compliance also bear a closer look.

Kessler also noted that there are practices that aren’t misconduct themselves but can create the environment for misconduct to flourish. For instance, unprofessional behavior — bullying, harassment and discrimination in the lab — can create a barrier to staff reports of misconduct.

For example, a financial audit of a Stanford University trial turned up evidence of falsified data and led to a three-year disqualification for the principal investigator. In another instance at the University of Vermont, a lab technician suspected the investigator had falsified data. The tech’s report eventually led to the investigator’s admission that he had committed research misconduct in multiple cases.

It’s important to create an environment in which reporters feel protected, Kessler said. Research institutions should normalize the process with such policies as anonymous reporting options, ombudsman services and prohibition of retaliation. They also can provide their investigators with role models, peer counseling and mentoring of professional behavior.

Although research integrity is a universal obligation, the ultimate responsibility is on the principal investigator’s shoulders. “Some places take the position that the PI is the captain of the ship,” said Parrish. “If the ship goes down, the captain goes down.”

Research is not flawless, she said, and researchers need to acknowledge that errors and experimental failure are a normal part of science. Deal with problems transparently and ethically.

“Make the error occur the right way,” she said, and learn from it.