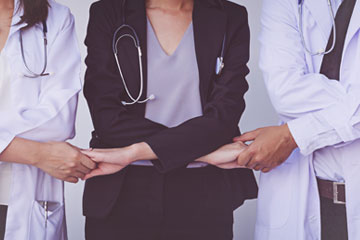 Whenever Amir Kalali asks himself if clinical trials are becoming too exclusive or competitive, he considers one point: How would the patient react?

“Would they applaud a competitive attitude that inevitably makes drug prices higher, or would they applaud a more collaborative effort, where we are in it for a particular disease,” asks Kalali, who is founder, chief curator and chairman of CNS Summit and former global head of Quintiles’ neuroscience center.

In an industry where public trust is low and drug prices are under hot debate on Capitol Hill, the landscape for drug development is inherently competitive, Kalali told CenterWatch in a recent interview.

But it’s what sponsors do with that competition that can provide novel cures for rare diseases faster, he says. “People feel that one has to be competitive,” says Kalali. “There are things we feel possessive around, like molecules, to get to a successful outcome of a new treatment for patients.”

“There is very little collaboration between pharma companies,” he says. “As a doctor seeing it from an ethical position, if patients hear we are competing as businesses, it’s not good for them. So, many people are thinking there is a difference between healthcare and a healthcare business.”

Collaborations like the one between AbbVie and Mission Therapeutics to develop a new Alzheimer’s treatment have helped provide patients with long-sought-after answers to conditions like Alzheimer’s and Parkinson’s.

But clinical trials focused on getting to these answers can be long and costly, and “patients waiting don’t find this acceptable,” says Kalali.

Trial design needs to be more thoughtful and collaborative and focused on patients’ needs. In rare disease research, he says, “we have more trials than there are patients. How do you solve that?”

Sponsors can work to better diversify the population for conducting clinical trials, or even combine therapies to reach more patients. “It’s so difficult to find rare disease patients,” Kalali says.

Kalali questions the ethics of hoarding research results and splitting already-limited patient populations. There are dozens of drugs going after the same mechanism of action. Do patients need to have 12 programs all examining the same mechanism in a disease, he asks?

“If one company has done extensive work in an area, and it’s a dead end, they are happy to sit and watch others do that. It’s not ethical.”

It’s the same in oncology, he says, with its small patient populations. Sponsors could combine efforts to test multiple compounds in the same trial and make them more efficient.

“How we train people to assess outcome measures — there’s a lot of redundancy in that,” he says. Different sponsors use different methods, making it difficult for investigators working with more than one company. “You would have a doctor trained on the same outcome measure in different ways. But it’s clear all those hours spent training on the same instrument could be done centrally.”

Kalali also suggests companies share their development tools. “In the tools we use, there is room for collaboration as we try to solve bigger scientific problems. It’s clear that one company alone doesn’t have the resources,” he says.

Kalali believes bringing researchers and developers together in biotechnology incubators can help produce much needed results.

“Anytime you have scientists being in the same area is a plus,” he says. “Being able to come out of your own four walls” and interact with others who may have a different perspective on the same problem generates new ideas and solutions. “The more diverse we are around the problem, the better.”

“Collaboration, innovation and technology are things that life science companies can do much better on,” Kalali says. “We weren’t leveraging these three things to accelerate clinical development.”

Kalali founded CNS Summit to address that problem. Labeled a “platform for change,” the organization provides opportunities for sponsors, investigators and other stakeholders to share ideas and experiences. The 2019 CNS Summit annual meeting will be held Oct. 31 to Nov. 3 in Boca Raton, Florida.

For more information on the annual meeting, click here: https://bit.ly/2lDkJyh.