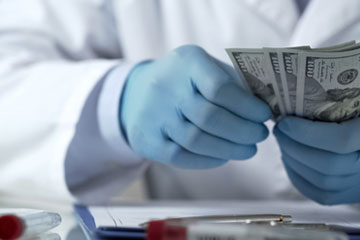 Recognizing that some trials must ask patients to share the cost of expensive investigational drugs, supplies or tests, the Secretary’s Advisory Committee on Human Research Protections (SACHRP) has developed recommendations to help sponsors stay on the right side of that ethical line.

The recent growth of the “pay to play” concept has led to a number of fraudulent trials — especially in the area of stem cell therapies — that draw patients into paying high costs for medically unsound treatments.

According to SACHRP, sponsors should only charge to cover the cost of a study, not to turn a profit, and should have to justify charges to their IRBs. The committee recommends a series of questions to guide sponsors in developing the justification:

In justifying charges, sponsors must be open and honest with their IRBs, says one compliance expert.

“At the heart of this debate is transparency,” says David Borasky, vice president for IRB compliance at WCG Clinical, who co-chaired the October SACHRP meeting at which the recommendations were developed. “Be transparent with the IRB about the need to charge, the costs to participants and telling the subjects about costs, research and the difference between medical care and clinical trials,” Borasky says. “Otherwise it’s hard to come up with specific guidelines.”

Because pay-to-play trials offer plenty of ethical pitfalls, they become a balancing act between the FDA, the IRB, the investigator and sponsor, and ultimately affect the patient, according to Borasky.

Some pay-to-play proposals he has seen clearly have been trying to circumvent the system. Submitting an investigational new drug (IND) application to the FDA should have been the first step. “The submitters of those studies generally have withdrawn their application at that point,” he says. “They are trying to avoid FDA entanglements.”

The IRB’s role is to question the motivation for charging in the first place, Borasky says, adding that he always defers to the FDA.

“When studies come in with this type of a framework, we look at them critically, look at the consent process and FDA regulations,” and call them out if they aren’t compliant.

Companies that aren’t forthcoming about why they haven’t gone through the appropriate FDA channels get special scrutiny, Borasky says.

“There is concern that these are not the most scientifically robust studies,” he says. “We ask if they have an IND with the FDA and is this documented appropriately as an investigational new drug study. If they hedge us or don’t engage with the FDA, then it’s a red flag.”

Another area of concern when dealing with pay-to-play trials is the patient’s inability to discern between clinical care from a doctor and that of scientific research. This therapeutic misconception could be worsened by bringing a cost factor into the study, Borasky says. Paying to participate in a clinical trial isn’t the same as paying for an approved treatment. More clinical trials fail than succeed, he points out.

There is also concern that pay-to-play trials will attract more affluent subjects who can afford the higher cost or give those subjects the wrong motivations to participate in the first place, causing them to base their expectations on monetary value.

At the other extreme, poor patients or those under undue influence, like prisoners, might be more susceptible to these types of trials.

“Historically, what IRBs have been worried about is exploitation,” says Borasky. There are concerns that clinical research studies are attractive to individuals with financial limitations because they may not have access to any other kind of healthcare.

“Research is not meant to exploit low economic status people, and this flips that on its head and asks ‘Should we worry if only people with lots of money can afford to pay extra to be able to get the treatment?’”

As far as cost goes, there is no hard and fast rule for sponsors on how much or how little to charge to cover the costs of a study, Borasky says.

“The IRBs are left to make a lot of decisions without concrete guidelines,” he says. “Researchers should be expected to make reasonable efforts to offset those concerns.”